In a conversation with Leonard Ellerbe, Floyd Mayweather reportedly said:

“Who the hell is that boot guy? This kid can fight. He’s one of the best fighters in the world right now without a belt.”

“What I love about boots is that he’s my kind of guy. His work ethic is crazy. He doesn’t smoke, he doesn’t drink. His goal is this shit to write here. He is not chasing them. is focused on his career i would love to work with a guy like that. if ‘Boots’ Ennis signs with mayweather promotions i can guarantee the fights he is looking to get he will get it and win a lot of money doing it too.”

Jaron “Boots” Ennis has had a promising start to his career so far. ‘Boots’ is undefeated in his 29 pro fights, with 27 knockouts along the way. The impressive number of saves means Ennis boasts a 90% knockout ratio.

Jaron Ennis’ achievements so far have earned him high rankings from all four major sanctioning bodies. Ennis is the highest ranked fighter in the IBF. Additionally, Boots is No. 4 with the WBC and No. 2 with the WBO and WBA. Essentially, this means Ennis is in a position to potentially challenge for all world welterweight titles.

After Ennis knocked out Custio Clayton (19-0-1) in his last fight, he called out Errol Spence Jr:

“Anyone can get it. I am the IBF No.1 candidate and I think Mr. Big fish is here himself. Let’s go fishing.” 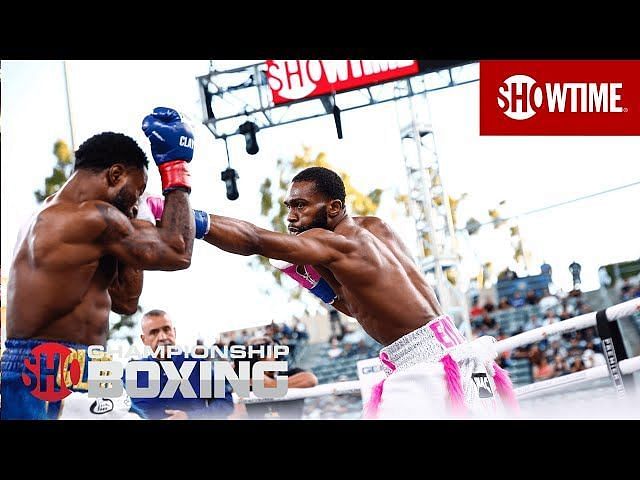