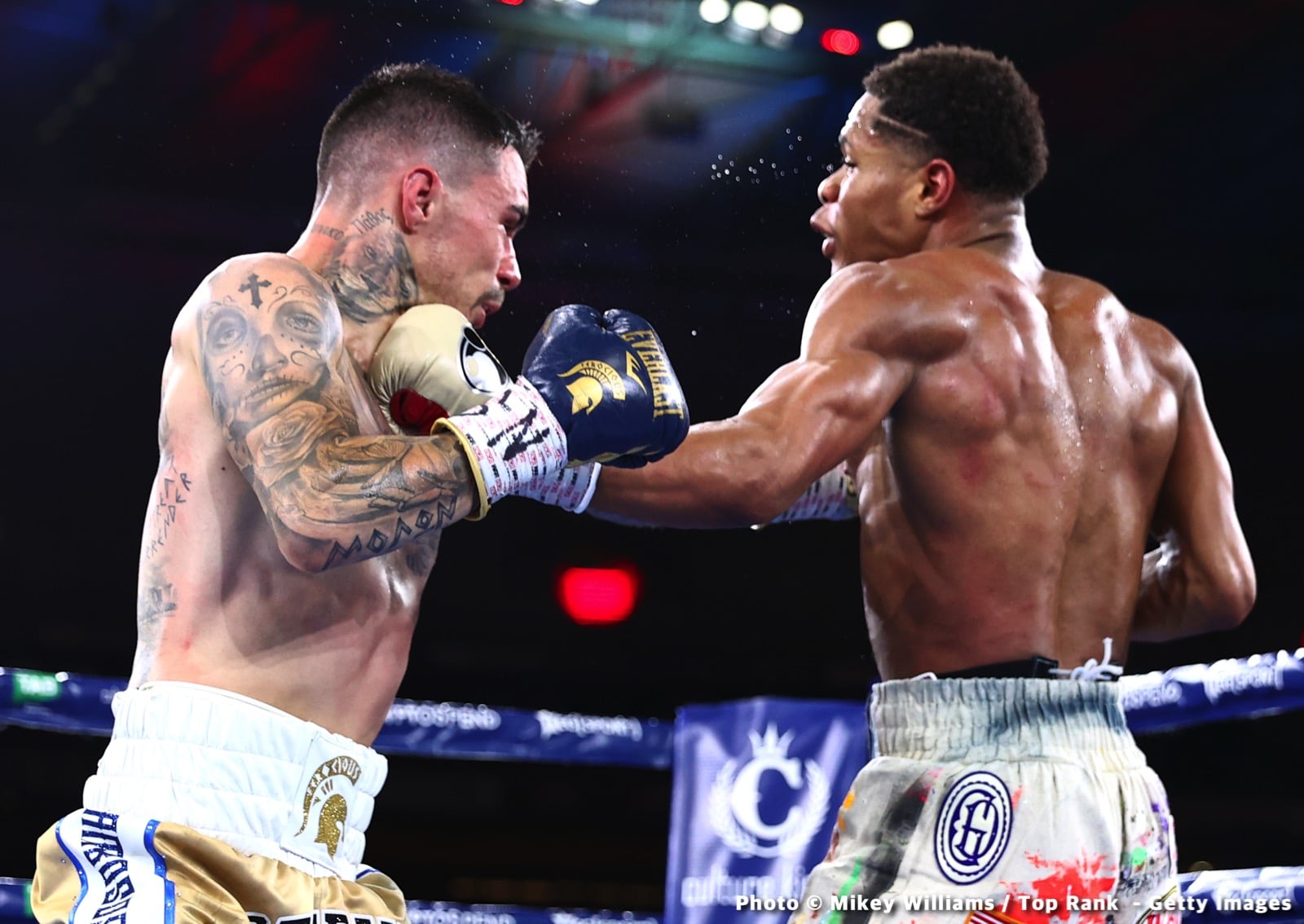 Devin, 23, wanted to vacate his Ring Magazine lightweight title because he was dropped from their pound-for-pound list, but undisputed 154-pound champion Jermell says he should enjoy his titles and not caring about the opinions of others. In other words, retain the Ring 135-lb title.

Haney (28-0, 15 KOs) feels he deserves a spot on the pound-for-pound list after his win over unified George Kambosos Jr. last June earned him the undisputed 135-pound championship.

Ring Magazine’s pound-for-pound list includes twice-beaten Canelo Alvarez, who just lost to Dmitry Bivol, and Vasyl Lomachenko. He’s another fighter with two losses under his belt, but he made the Ring Magazine list but NOT the undefeated Haney.

Haney recently had an exchange with Doug Fisher of Ring Magazine about his desire to relinquish his lightweight title with their organization, and it’s unclear if he’ll quit or not.

No problem… DM address and I’ll have it sent bro 🤲🏽 https://t.co/LZmyqJ7V2r

Come and get it https://t.co/GXIKiMTNKA

& to be clear… I don’t have to wear the ring magazine belt, if I earned it then I earned it rather whether I wear it or not! So asking for it back shows you never wanted me to have it in the first place!

Youngest undisputed champion of the 4 belt era…and not on the 4 pound list is crazy, especially when guys who don’t even hold the ring magazine belt are currently making the gtfoh list…

If Haney continues to win, he’ll eventually make Ring Magazine’s pound-for-pound list, but he needs bigger names to be included.

There’s nothing wrong with George Kambosos Jr, but it’s widely accepted that he was a one-hit wonder, a fighter who took advantage of an injured Teofimo Lopez to dethrone his four belts.

Haney needs wins over division-quality lightweights who are highly respected by boxing fans. If Haney were to beat these guys, he’d be a shoo-in for Ring Magazine’s pound-for-pound list:

Average fans, who buy pay-per-views, have no idea about these listings and wouldn’t care to know about them. What Haney should focus on is beating the best opponents available and letting organizations like Ring Magazine decide whether or not to include him.