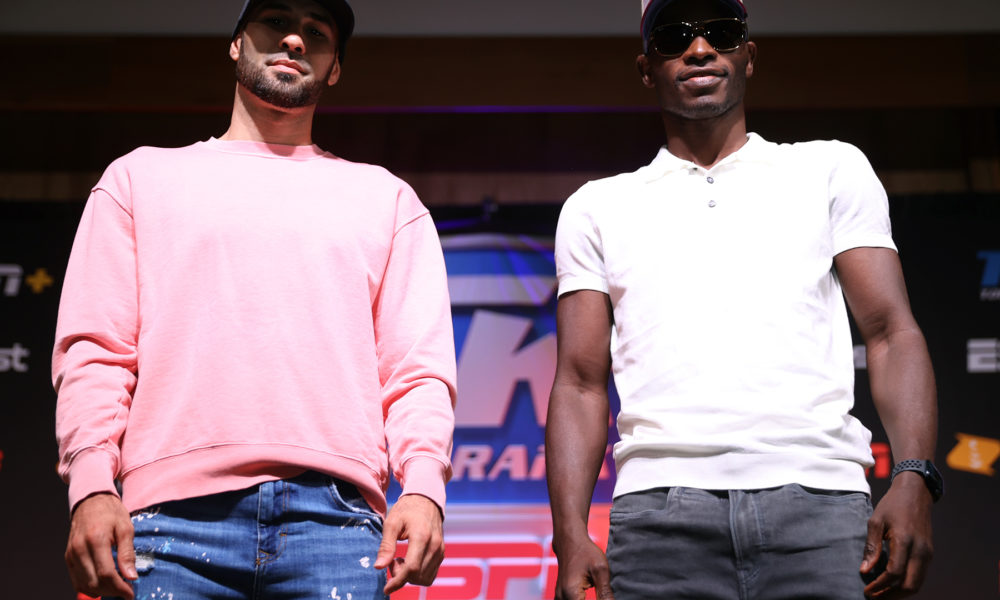 On Saturday night, two former world champions, both looking for victory, will be in the spotlight at the Top Rank Boxing main event at the Hard Rock Hotel & Casino in Tulsa, OK.

Jose Pedraza and Richard Comey both realize that their The 10-round non-title main event is crucial to kickstarting their careers at a new weight (140 lbs) for both,

From the Top Rank Boxing version about the fight and the undercard,

Pedraza has made it clear he knows what’s at stake at this point in his career, “Like Richard, I just suffered a loss. I’m looking for a big win and stay among the best in the division.

“A big win on Saturday against a great fighter like Richard Commey will bring me closer to a world title opportunity. That’s what we’re looking for.

Hear our insider Dan Rafael and I preview Pedraza-Commey and the undercard as part of the “Big Fight Weekend Preview” by clicking below,

As for IBF lightweight champion Commey, he agrees with Pedraza on the need for this victory,

“It’s very important because I lost my last fight in December. This is an opportunity to get back to winning ways, and this is my first fight at 140. I just want to announce myself. We share the same opponent twice {Lomachenko and Ray Beltran}. It’s a good fight and I’m looking forward to it.

Finally, Pedraza’s loss in March to former world jr. Welterweight champion Jose Ramirez in March ended a three-fight winning streak for him. Something he can “launch” with a good performance in Tulsa.