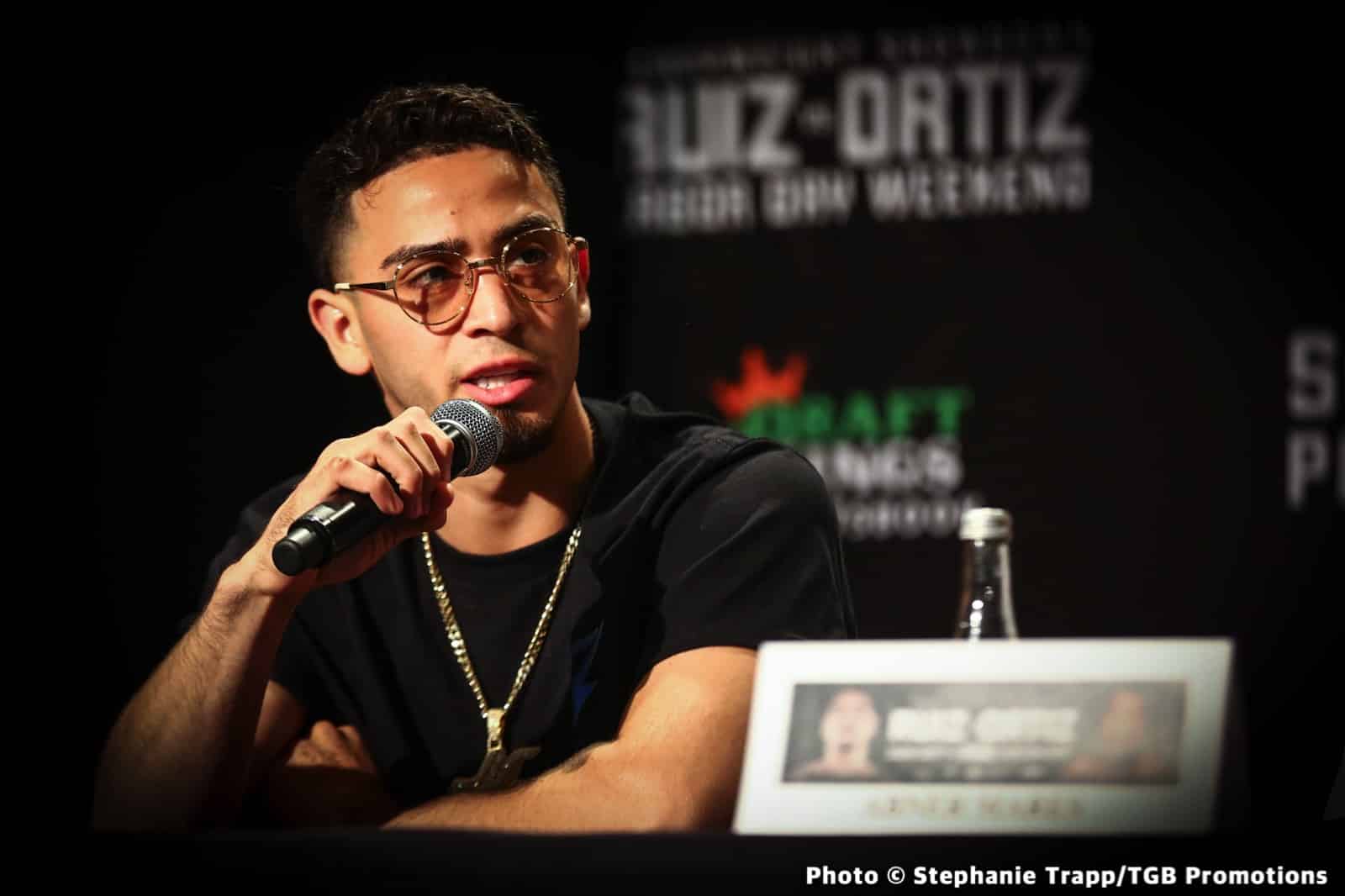 By Brian Webber: Jose ‘Rayo’ Valenzuela and his trainer Jose Benavidez Sr. were furious at being fired by lightweight contender Isaac ‘Pitbull’ Cruz during Thursday’s final press conference ahead of their respective bouts this Sunday at Crypto Arena in Los Angeles.

During the press conference, former world lightweight title challenger Pitbull Cruz (23-2-1, 16 KOs) said he doesn’t want to talk about ‘Rayo’ Valenzuela and he has to win a fight against him on merit.

“I think it’s ridiculous because he talks like he beat Gervonta Davis and that he’s some kind of champion. He’s not a champ” José Valenzuela told Television Battle Hub about Isaac Cruz firing him at Thursday’s press conference.

“It just shows that he’s not too eager to get in there. He acts like he’s some kind of champion. He doesn’t recognize me or respect me. I’m going to keep knocking these guys out and pin him down and show everyone he doesn’t want to get into this with me.

“They come with all these stories now. For me it’s fearsaid Jose Benavidez Sr. of Cruz not wanting to fight Valenzuela. “Who is Pitbull? Is he world champion? He has to fight to fight it?

“Now he makes all these excuses. This fight is going to happen. We’re in the same company, and it’s a fight people want to see. We want this fight. We are not running from anyone.

“When people make comments like that about him who has to work harder. He has already done it. Why not do this fight. If it was so easy, why not beat him? Give him the opportunity. He’s not a champ. We’re coming in little by little and we’re going to fuck everybody up,” said Benavidez Sr.

“I feel like I have more advantages over him and more fighting qualities,” Valenzuela said of Isaac Cruz. “He only knows one thing. Step forward and throw hooks. I have a jab, uppercuts and I can box.