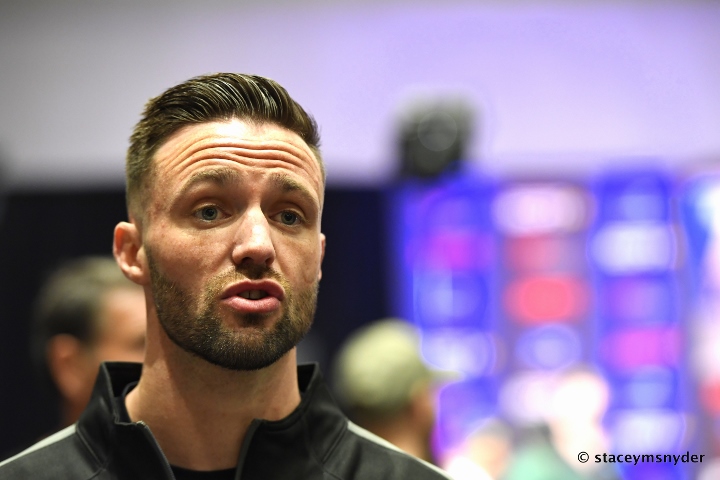 Taylor (18-0, 13 KOs) unified the entire junior welterweight division in May, when he scored two knockdowns to win a twelve-round unanimous decision over unbeaten Jose Ramirez in Las Vegas.

The next move is a possibly mandatory title defense against Jack Catterall – who could come at home.

But the big future move is a weight jump to 147 pounds to chase another world title.

And the big fight for Taylor at weight is a showdown with WBO welterweight champion Terence Crawford.

Both fighters are promoted by Top Rank.

Crawford has been active since November of last year, when he stopped former world champion Kell Brook in four rounds.

In a recent interview, Top Rank CEO Bob Arum explained that he wanted to stage Crawford against Taylor in 2022 – possibly at a stadium in the UK.

Even before facing Ramirez, Taylor had set his sights on becoming the world champion in two weight classes.

â€œI had that motivation there before the fight,â€ Taylor told the Daily Mail. “I do one thing: manifest things, write things down. New goals. Even before the fight (Ramirez), I was writing on scraps of paper: Josh Taylor, world two-weight champion. He’s my next one. goal, I want to go to 147 and maybe challenge the greatness.

â€œI always wrote down my goals and goals: Josh Taylor, gold medal here, wherever. I always wrote it down and believed in itâ€¦ some of it (I kept) , I think my mom and dad have kept a couple over the years. “