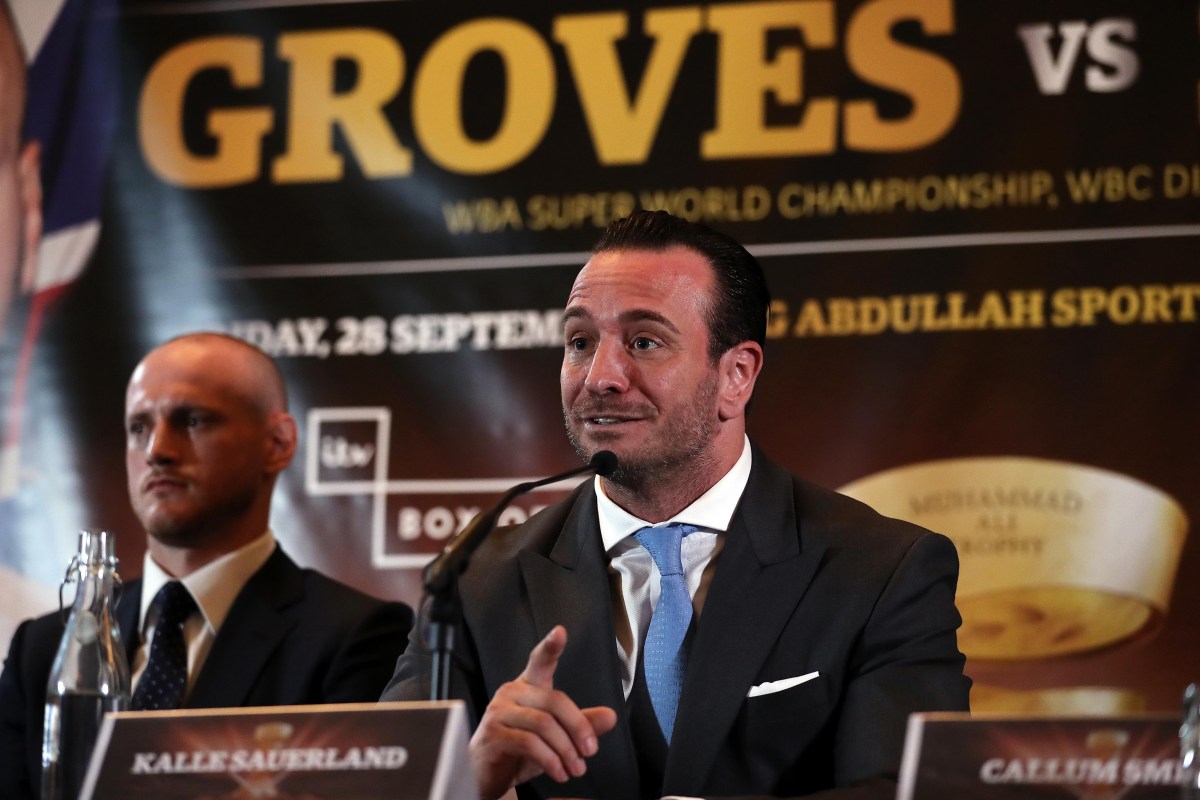 Kalle Sauerland has defended his decision to partner with KSI and help the YouTuber start his own boxing promotion company.

An announcement last week revealed that Wasserman Boxing, who recently acquired the Sauerland Brothers promotional entity, is hooking up with the YouTuber-turned-boxer.

KSI won their first white-collar fight against Joe Weller in 2018, followed by a draw against Logan Paul.

For their revenge, they were the first YouTubers to go pro.

KSI traveled to Staples Center in Los Angeles and defeated Logan by split decision in their dramatic rematch in late 2019.

Logan then fought Floyd Mayweather in an exhibition bout earlier this month – a contest Sauerland was very critical of.

However, he insisted it was because of the mismatch between their ability levels and has previously said he has no issues with novice YouTubers facing each other.

Sauerland told White and Jordan on talkSPORT, “First of all, we have nothing to do with Logan Paul.

“What we have done is create a promotional entity with KSI.

“The idea is not to make KSI, or whoever is in that team, fight Floyd Mayweather or Carl Froch or all those fights that are so clearly fake.

“These are fakes. I didn’t even watch the [Floyd vs Logan] fight, not interested.

“But if a young man or woman is willing to go through the hardships and the mill to become a professional boxer – and at the same time, it draws attention to our sport because he just so happens to have a profile – I don’t care it’s a milkman or a YouTuber with 30 million subscribers, it’s something we do.

“It’s a trend, it’s still a little different when you get fucked in the face.

“I’m not going to mention any names, but we’ve had A-listers say, ‘Ah, boxing, can you make us fight?’

“The second they put on a glove, they thought, ‘Wait, I’m actually going to get a punch in the face here,’ and they left.

“So you have to give them [the YouTubers] credit for genuinely approaching sport in a professional manner.

“If they were to say, ‘Okay, yeah, we’ll take the pay but we won’t take it seriously,’ that’s a very different thing.

“If they’re willing to take it all the way in the gym and their profile means they’re so worth it commercially, I’m not going to close my eyes, am I?” “