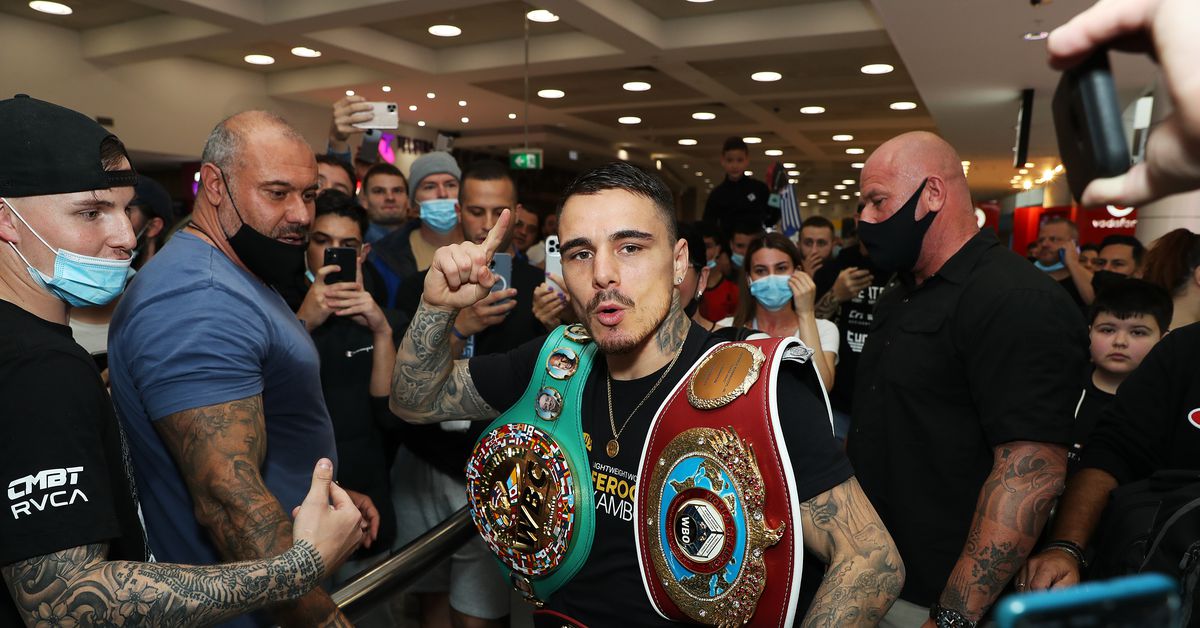 DiBella Entertainment will hold its next boxing event on Saturday, June 4. Marvel Stadium in Melbourne, Australia will host the 12-fight event which will technically take place on Sunday, June 5 local time, so the night of Saturday, June 4 in the United States. Due to the time difference, the main card will begin at 9 p.m. ET on Saturday, and ringwalks for the main event are tentatively scheduled for 11 p.m. ET. To be considered an undisputed champion, the boxer must hold the IBF, WBA, WBC and WBO belts in that specific weight class.

The main event of the evening will see George Kambosos Jr. take on Devin Haney for the undisputed lightweight title. Kambosos enters with the WBO, WBA, IBF and Ring Magazine lightweight belts while Haney currently holds the WBC title.

There is currently no undisputed men’s lightweight champion. Since the move into boxing’s four-belt era, there have only been seven undisputed champions in all male weight classes. This includes Jermell Charlo who became the undisputed super welterweight champion earlier this year. These seven champions include:

There has never been an undisputed lightweight champion in men’s boxing in the four belt era (2007 to present). Pernell Whitaker held the WBA, WBC and IBF titles simultaneously in the early 90s and defended the belts three times. He vacated the titles to move up to light welterweight in February 1992.

It should be noted that there is an undisputed women’s lightweight champion. Katie Taylor became champion on June 1, 2019 and successfully defended her titles six times.