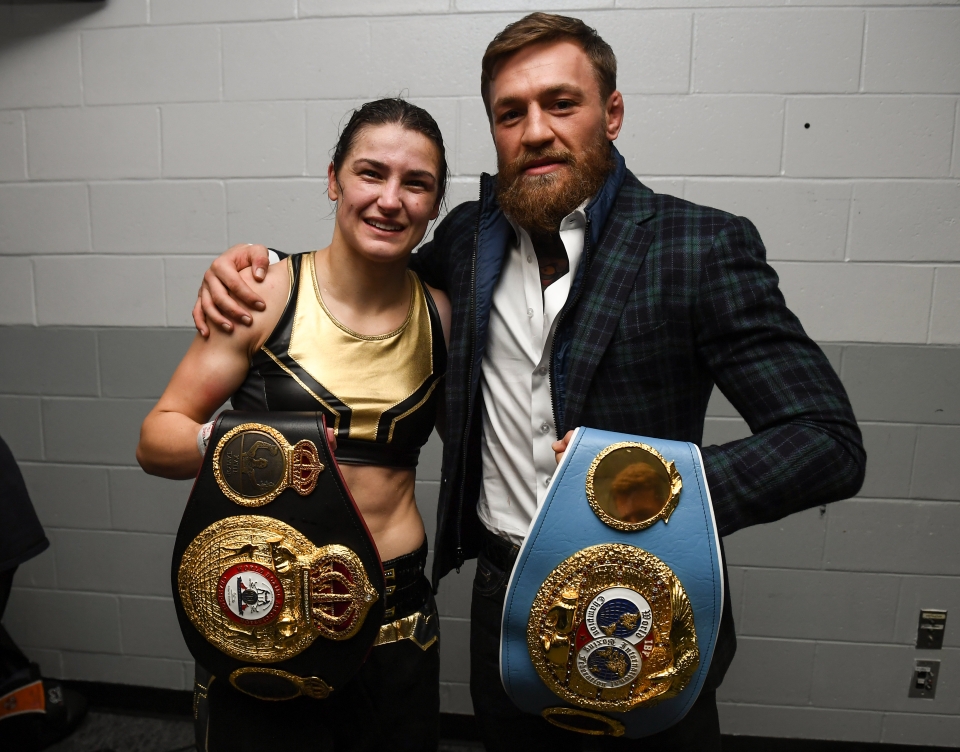 Katie Taylor has the chance to establish herself as the greatest fighter in Irish history when she takes on Amanda Serrano for the undisputed lightweight title this weekend.

‘The Bray Bomber’ already holds the tag in some eyes, but an emphatic victory over Serrano in the greatest women’s boxing match of all time at Madison Square Garden would leave no doubt in the eyes of many.

Irish boxer Taylor won gold in London in 2012 before launching her professional career and cementing her legacy as one of the greatest female fighters of all time.

The 35-year-old amassed a perfect 20-0 record and became a two-weight world champion. Taylor is currently undisputed at lightweight having won the WBA, WBC, IBF, WBO and The Ring lightweight titles at 135 pounds.

Besides being a top boxer, she is a role model for young girls around the world and behaves like one.

The same cannot be said for McGregor who has become known for his bad behavior as much as his fighting ability.

Fury is better than Lewis and has the hand speed to rival Ali, says promoter Warren

Fury goes from eliminating Whyte in front of 94,000 fans to sorting trash at home

“Notorious” is arguably the biggest star in MMA history.

McGregor burst onto the UFC scene in 2013 and quickly became one of the most exciting prospects on the roster as he worked his way up the featherweight division.

The Irishman cemented his legacy in 2016 when he became the first fighter in UFC history to hold belts in two divisions simultaneously by knocking out lightweight champion Eddie Alvarez in two rounds at UFC 205 .

Since then, things have gotten more than a little crazy for McGregor.

A mega-money crossover fight with boxing legend Floyd Mayweather took ‘Mystic Mac’ away from his first sport and he hasn’t looked the same since.

McGregor has just one win since 2016 and has lost three of his last four fights. At UFC 264 in July 2021, he suffered a fractured tibia and fibula in his first-round TKO loss in his last bout with Poirier.

He has since been on the mend and some people, like Jake Paul, who promotes seven-weight world champion Serrano, believe Taylor has already overtaken McGregor as Ireland’s biggest sporting export.

“She’s the biggest thing in Ireland, and why wouldn’t she be?” Conor McGregor hasn’t won a fight in five years, so do people really care about him?

“He is washed. Obviously Katie Taylor is going to be the girl they support,” Paul told the Mirror.

Although they are often opposites, Taylor and McGregor are good friends.

The former two-weight UFC champion made his admiration for his compatriot clear when they met.

“You are a special, special talent. Filled with hard work – you can see that and great respect for you,” McGregor told him.

“You deserve a lot more respect. Take your respect; demand it.

“It’s an honor for me to come and see you. You are an Irish hero, and I mean it.

Taylor appreciates the support McGregor has given him and has even compared “Mystic Mac” to Muhammad Ali, who is considered by many to be the greatest boxer of all time.

“I messaged him after the Dustin Poirier fight, just to really offer him some words of encouragement,” Taylor told the MMA Hour.

“He’s always been a fantastic support for me, but I think he’s just someone who really transcended the sport. He’s like, to me, the Muhammad Ali of the UFC.

“Almost every time he fights it’s an absolutely huge event. He always gets the most pay-per-view numbers and he’s still the highest paid athlete in the UFC. I just consider him as an exceptional athlete and I can’t wait to see him return.

All you need to do is answer at least three quiz questions correctly for a chance to enter the main draw.

If you play everyday you could win one of our daily prizes, so what are you waiting for?

Own the game and join talkSPORT Trivia today.