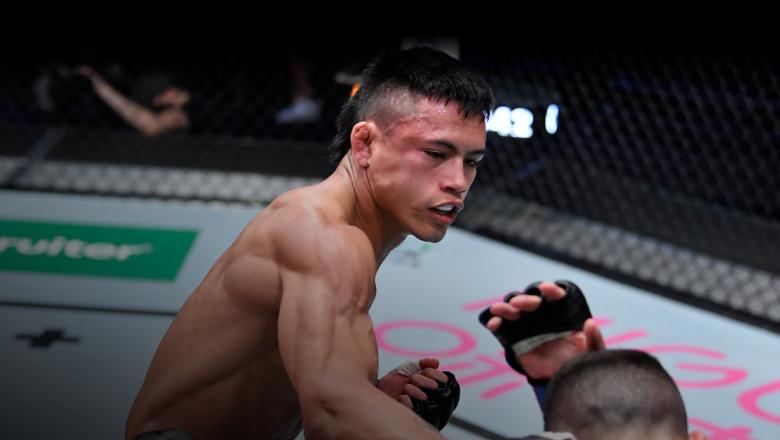 26 years Kleydson Rodrigues believes he is going to be one of the next great Brazilian champions. During his seven-year fighting career, he amassed an impressive 7-1 record, with three wins by knockout and two by submission.

Rodrigues is young and still evolving as a fighter. He just happens to be making it on the biggest stage in the world now, as he makes his UFC debut against CJ Vergara in front of a packed house in Phoenix, Arizona this Saturday.

“I started MMA at 17, and at 18 I had my first fight. Thank God I’m here, making my debut in the biggest organization in the world, the UFC, “said a Rodrigues excited: “I started doing capoeira when I was a kid. Then I started training in the gym, switched to jiu-jitsu, and started training professional MMA.

After a strong performance in Dana White’s Contender Series, Rodrigues had impressed the boss enough to earn a spot in the flyweight division.

But winning the fight against Santo Curatolo by unanimous decision wasn’t necessarily the performance the Brazilian envisioned when he was trying to break through in the UFC.

A win in the Octagon is not to be discredited, although Rodrigues will always be his biggest critic, and that’s what makes him a fighter to watch.