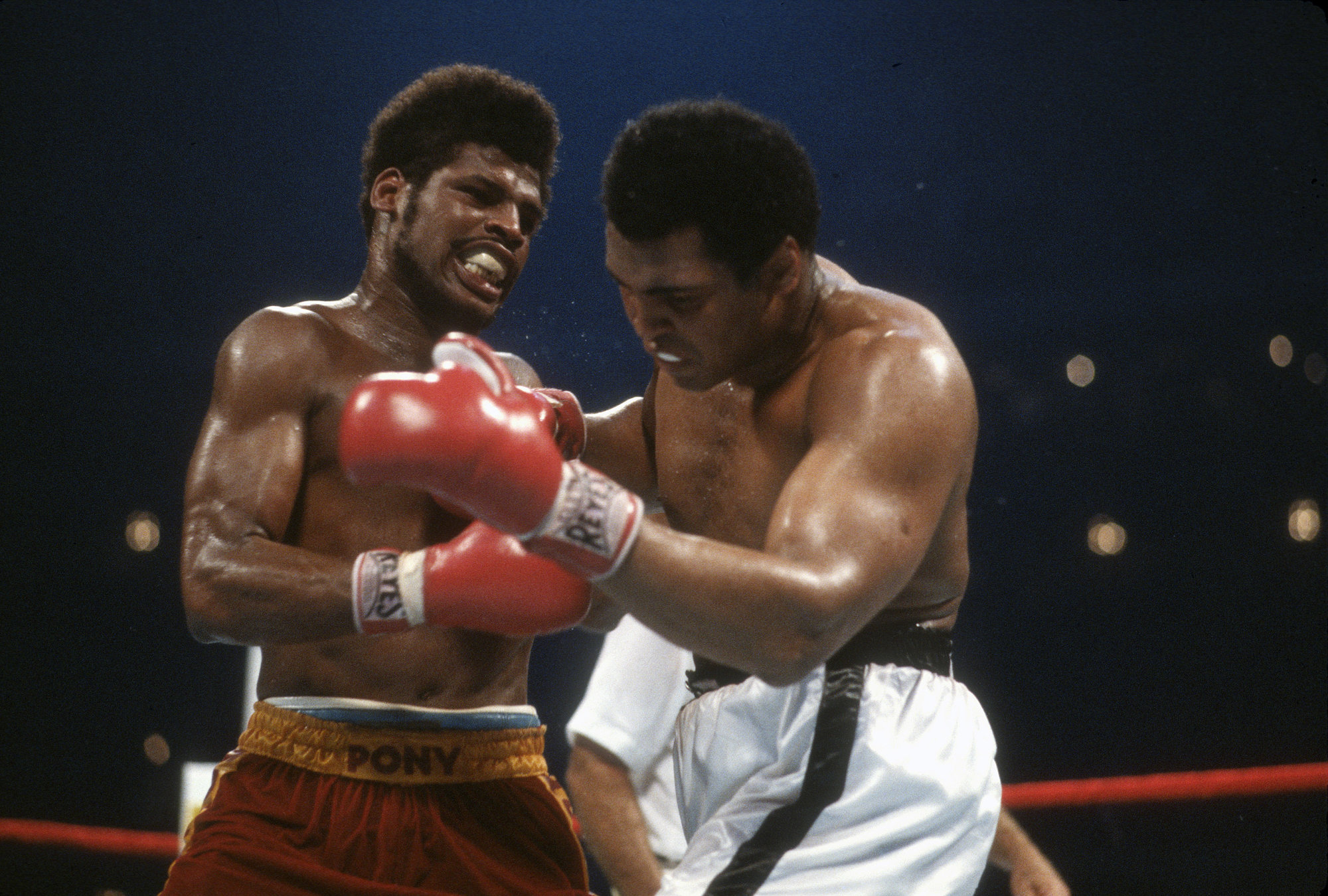 On this day in 1978, Leon Spinks pulled off the shock of the century by defeating Muhammad Ali to win the heavyweight championship of the world. In celebration of “Neon” Leon’s coronation, here’s a look at the top upset artists in the heavyweight division. Cinderella’s men who, for one glorious night, were good enough to knock down the greatest heavyweights the world had ever seen.

Braddock, the original “Cinderella Man”, was already on the slide by the time he fought the fearsome Max Baer. Sporting a record of 50 wins, 25 losses and 7 draws, few gave ‘The Pride of New Jersey’ a chance against the heavyweight champion.

Braddock trained like a man possessed for their 1935 collision, while Baer calmed down. The champion was expecting an easy evening, but would instead fall victim to one of the sport’s great upsets. 72,000 fans at the Madison Square Garden Bowl saw Braddock win a fifteen-round decision.

Braddock would not fight for two years and lost the title to Joe Louis in 1937. In beautiful symmetry, Baer’s next fight was also a loss to “The Brown Bomber”.

The subject of our introduction had only fought eight times before meeting “The Greatest”. Having won Olympic gold two years prior, Spinks had pedigree, but lacked the experience to take on heavyweight champion Muhammad Ali. Or so they said…

The St Louis man turned the script on its head, overtaking Ali to make a stunning split decision. In doing so, Spinks became the only man to beat the ‘Louisville Lip’ for a world title in the ring. “Neon” Leon lost the title to Ali in a rematch and drifted at journeyman level before retiring in 1995. Spinks holds another piece of history, however, as one of only two men to hold championships in both boxing and professional wrestling.

The 42-1 underdog defeated the seemingly invincible heavyweight champion in 1990, when “Buster” knocked out “Iron” Mike Tyson. This Tokyo Dome collision was supposed to serve as an appetizer for a Mike Tyson vs. Evander Hoylfield blockbuster, but someone neglected to hand Douglas the script.

The challenger’s mother had died during preparation and Douglas had redoubled his efforts in training. “Buster” stepped into the ring in Japan at his physical peak and came down from the canvas to stop then-undefeated Tyson in ten rounds.

Douglas lost focus after the overwhelming attention he drew for his win, and was overweight and out of shape when Holyfield smashed him in three rounds in his next fight. For one night, however, Douglas had done the impossible.

In a reversal of the events above, heavyweight king Lennox Lewis was circling a fight with “Iron” Mike Tyson when he stepped into the ring with Hasim “The Rock” Rahman. Like Tyson, this focus on future riches would cost him.

The fact that he trained in Las Vegas so he could film a cameo for Ocean’s 11 didn’t help Lewis’ dedication. Meanwhile, Rahman only cared about his 20-1 underdog shot at the World Heavyweight Championship.

The first four rounds inside Carnival City Casino in South Africa were tight. Lewis looked to press the question in round five, but let his guard down and was taken down by a cracking right hand that knocked him out. An overnight sensation, Rahman continued title defenses against Tyson and popular Dane Brian Nielson, but ultimately succumbed to his rematch clause under legal threats from Lewis’ team.

Rahman was knocked out in the fourth round by a renewed Lewis. But this story has a happier ending than most heavy underdog stories. Rahman would win a version of the crown again in 2005, enjoying a year-long reign as WBC champion.

The natural successor to this generation of Spinks, Ruiz Jr was expected to provide a routine title defense for Anthony Joshua in 2019. Like Braddock before him, New York City was the site for Ruiz Jr to mount a heavyweight upset for the ages. .

Ruiz Jr’s plump physique contrasted sharply with Joshua’s mountain of muscle, but once the bell rang, it was the Mexican-American who seemed better prepared for battle. Ruiz Jr overcame a third-round knockdown, the first of his career, to outlast the British fighter and stop him in the seventh.

Like most of his ancestors, Andy let himself go before the inevitable revenge. Joshua boxed a safety-focused style when they met again six months later, regaining his titles by unanimous decision.