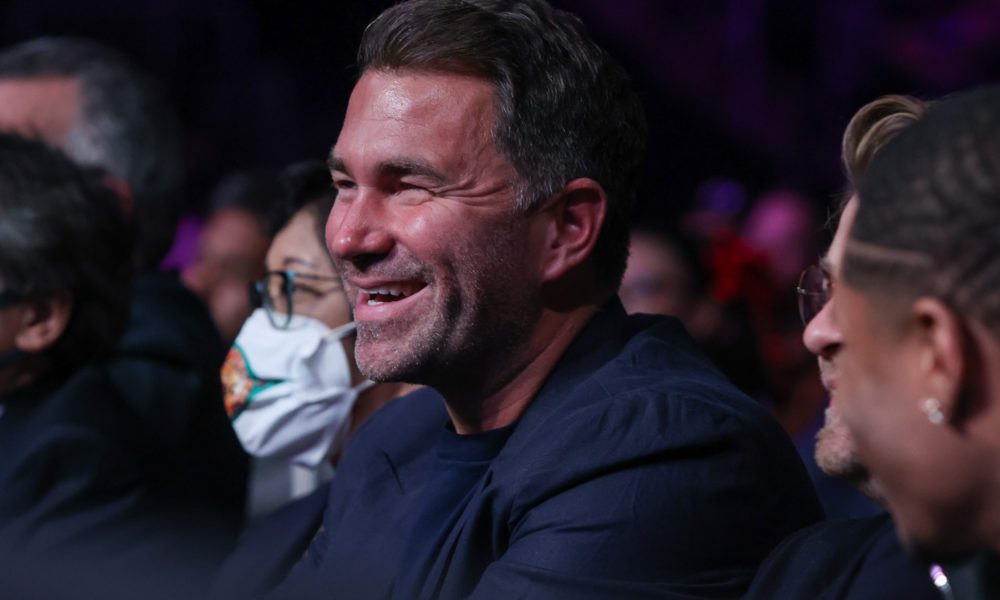 And on Wednesday night, our Dan Rafael had the chance to speak with the Matchroom Boxing promoter Eddie Hearn about the fight he helped make a reality. And, in this segment of their conversation, Hearn says that Canelo, while arguably the best fighter in the world, will be in store for a real challenge.

Hear his comments to Dan, as part of “Fight Freaks Unite” by clicking play below,

“I actually think it’s going to be one of the toughest fights of his career, because I think he’s completely out of his comfort zone weight-wise,” Hearn told Rafael. “I think Dimitry Bivol is a completely fresh guy, no damage, good feet, never had a tough fight. But he will have to be pound for pound to beat Canelo Alvarez.

Bivol will make his final title defense at T-Mobile Arena on the Vegas Strip. The 31-year-old Russian is 19-0 and has made six defenses of his WBA 175-pound title. His last fight came in December and a lackluster decision win over fellow Russian Umar Salamov for Matchroom Boxing. And that relationship led him to the opportunity to work with Alvarez.

This after Canelo, 57-1-2, 39 KOs, achieved undisputed status at 168 pounds by fighting Premier Boxing Champions fighter Caleb Plant at a Showtime PPV last November and won by TKO. However, it was only a “one-off” fight with PBC making Alvarez free to sign a multi-fight deal with Matchroom and streaming service DAZN and on PPV.

And, Hearn seized the opportunity to get back into business with Alvarez after promoting Canelo fights starting in December 2020 with Callum Smith, and continuing into early 2021 with Avni Yildirim and Billy Joe Saunders.

Listen to the full conversation with Dan and Eddie Hearn on our Friday podcast “Big Fight Weekend Preview” which will be released Friday afternoon.