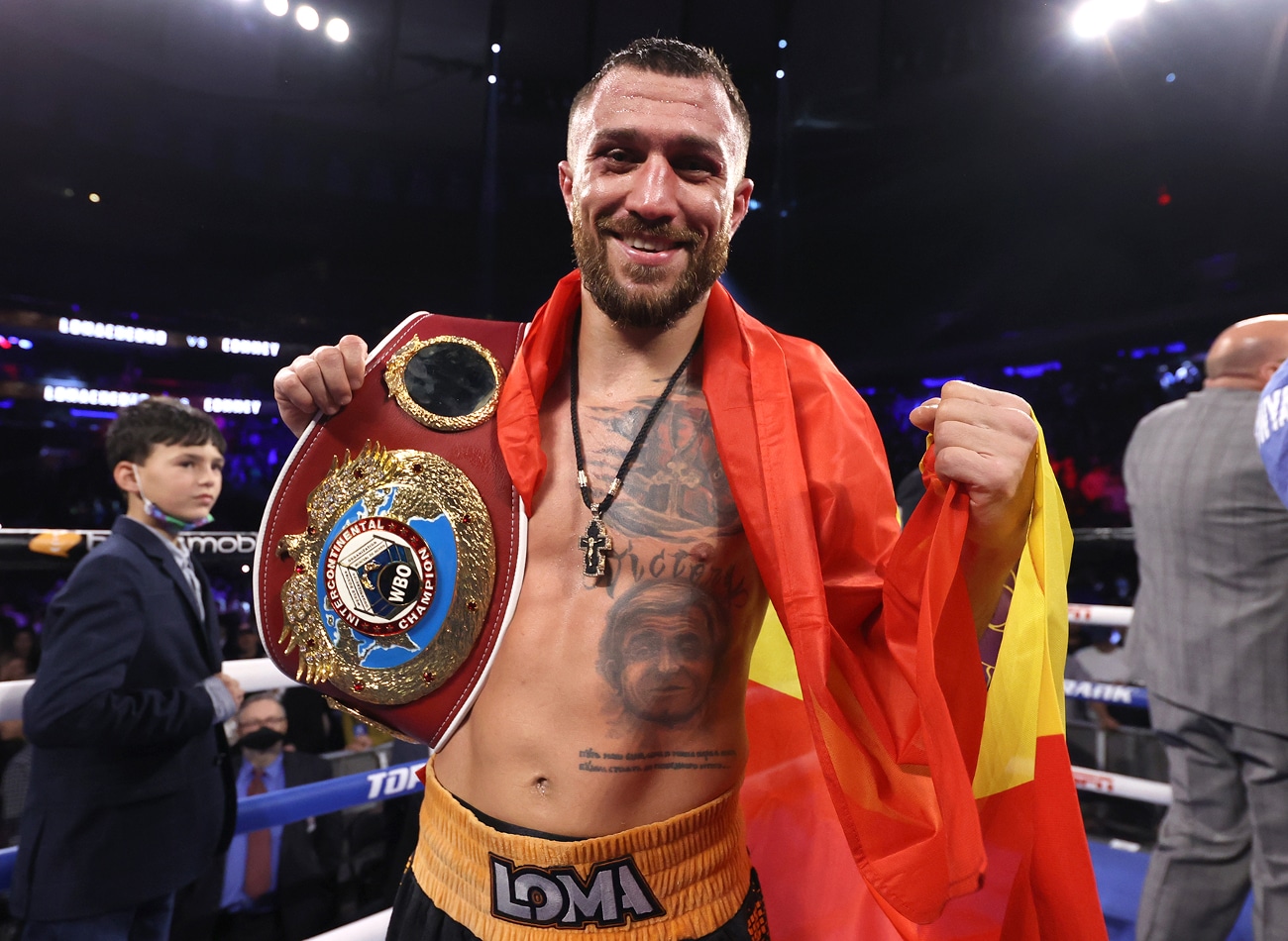 Lomachenko (16-2, 11 KOs) is back from the war and intends to fight no later than October, according to Top Rank president Todd Duboef.

As a mandatory of Haney’s World Boxing Council 135-pound belt, Lomachenko could activate it now and force an October title shot past Kambosos.

The Australian probably won’t like to line up behind Lomachenko for his rematch with Haney, but he’ll have to live with it.

Haney won’t want to give up his WBC title if the sanctioning body orders him to defend it against his mandatory Lomachenko.

If you are Kambosos it will help him delay the rematch with Haney (28-0, 15 KOs) as he needs a lot of work to improve his game from the way he looked in his un- lost last month on June 5th.

In the meantime, Lomachenko can fight Haney for the undisputed championship, and the boxing world can see an entertaining fight for a change. Kambosos can get a tune-up and then fight the last man standing between Haney and Loma.

It would be nice for Kambosos to be a team player and voluntarily step down for the good of the sport to let Lomachenko challenge Haney for his straps.

“I expect Devin Haney to increase his weight soon, but Lomachenko is a problem for all these guys.

“Yeah, a few times,” Hearn said when asked if he’s spoken to Haney recently. “I’m thrilled for him. Obviously, we would have preferred to be in his corner, but that was not the case. He achieved a dream of going undisputed, and we’re really proud of him,” Hearn said.

By @ToddDuboef at @trboxing @VasylLomachenko has contacted the company and wants a fight as early as October. He participated in the war, defending his native Ukraine against Russian invasion. No opponents discussed at this point. #Loma

It must be frustrating for Hearn not to be involved in Haney’s next fight against Kambosos or Lomachenko. The Kambosos fight will be another mismatch, but it will still be entertaining with all the self-promotion the little “Emperor” is doing in the build-up to this match.