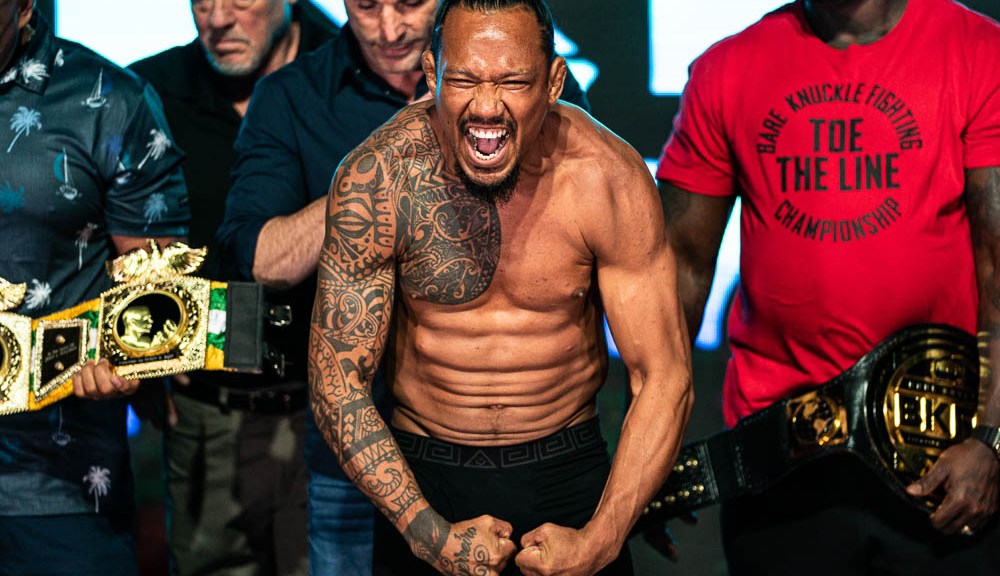 HOLLYWOOD, Fla. — Luis Palomino has toured the combat sports world with his latest venture that won him a BKFC title.

With one fight left on his current contract with the world’s largest bare-knuckle boxing promotion, Palomino doesn’t plan to re-sign until Saturday’s BKFC: Knuckle Mania 2 fight against Martin Brown is behind him. Unless something changes, he’ll finish what he signed up for and then explore his options. MMA, he doesn’t think, will be one of them.

“Right now (the door to MMA) is closed,” Palomino told MMA Junkie on Friday. “I think I’m going to end my career with my bare hands. My first dream was to be a real boxer, it was the first. So I would like to do a boxing match or two before quitting. But I’m only aiming for money fights. So whether it’s boxing or bare knuckle, this will be the last fight on my contract. We are looking for a good deal to keep moving forward and finish well.

There are exceptions to the rule, for Palomino. Two fights, in particular, could bring him back into the world of mixed martial arts. One would be a trilogy fight, while the other a dream match.

“MMA, the only fight that would excite me and make me think about coming back would be a third fight against Justin Gaethje or a fight against Jose Aldo, which was my dream fight at the time,” Palomino said.

Although he found success with his bare hands, it hasn’t been easy for the former World Series of Fighting (WSOF) star, who has faced a lot of adversity in his career, especially in recent months.

In August, Palomino was hospitalized while battling a severe case of COVID-19 for 19 days. For 15 days Palomino said he couldn’t eat. He lost nearly 30 pounds and it took him a while to fully recover. Even the training camp for his November win over Dat Nguyen at BKFC 22 was significantly hampered.

“My last fight was a sh*tshow,” Palomino said. “It was really bad. I wanted to quit every other day of that camp. I couldn’t even lift weights. If I touched weights, I would relapse and go back to cold sweats. I couldn’t train for two days in a row because I had to recover again. This time I was able to power all the way. My body was back to normal. I lost 28 pounds. I was back to normal with my power. The lights come back on. I’m ready to go.”

Accompanying the memory of his terrible experience with the COVID-19 virus is Palomino’s newfound appreciation for life. Knowing where he’s been has helped him keep moving towards where he wants to end up.

BKFC: Knuckle Mania 2 takes place Saturday at the Hard Rock Casino in Hollywood, Florida. The event airs on FITE after the free preliminaries on BKFC platforms.

Photos: Paige VanZant over the years

Photos: Kayla Harrison through the years