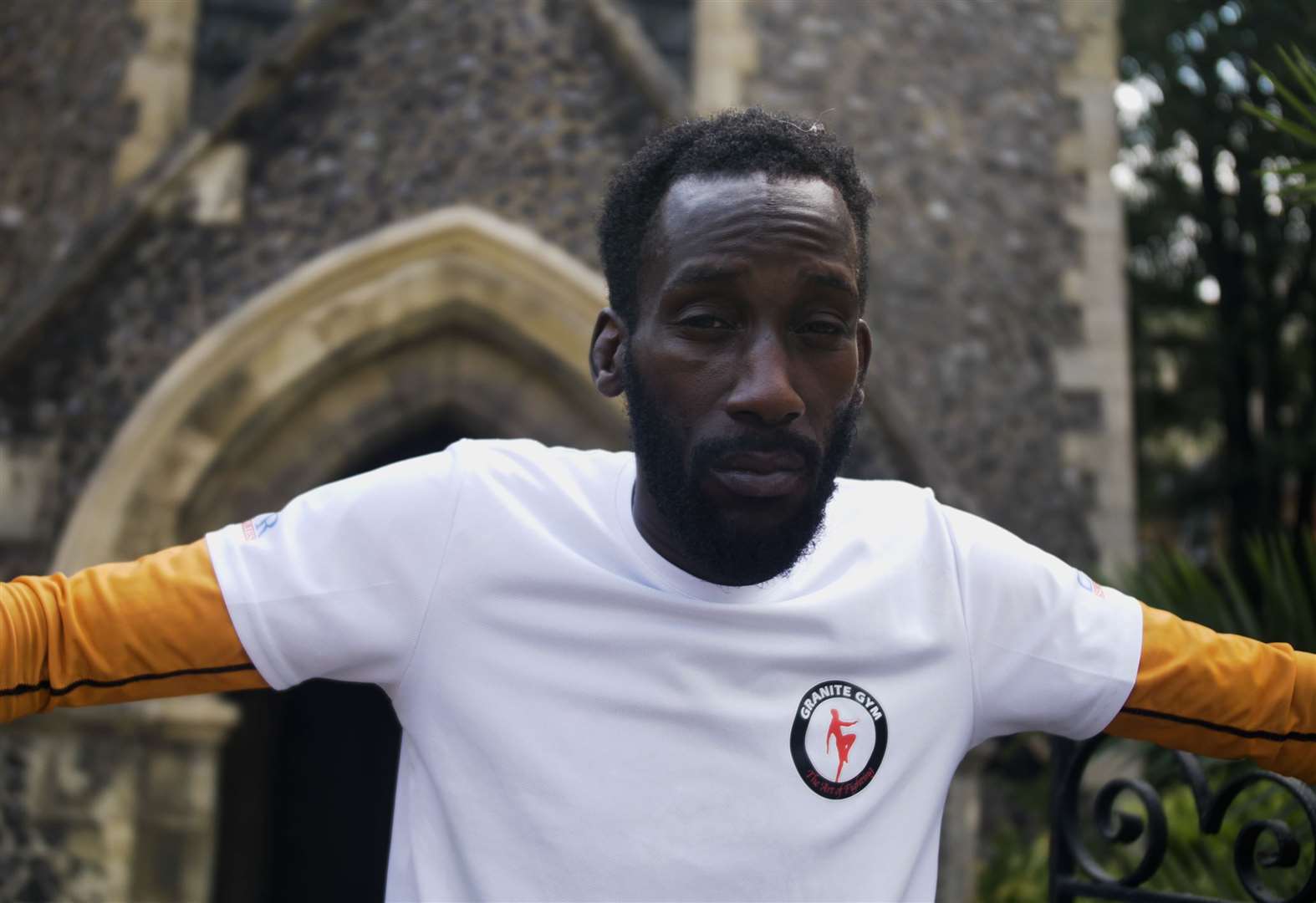 The head coach of a mixed martial arts gym urges people to try the combat sport – and find inner peace.

A dojo may not be where you expect to find much calm, but based in the perhaps unlikely location of a medieval church in Chatham, the club instills core values ​​such as discipline, respect and determination.

Granite Gym, in Gundulph Road, is the headquarters of MMA (mixed martial arts) and Muay Thai in this part of town.

Originally the Saint-Barthélemy chapel, the flint and rubble stone building with stained glass windows has a long history.

Founded in 1078 by Gundulph, Bishop of Rochester, it was built outside the city walls because lepers had to be kept away from the public.

After it closed in 2016, it was taken over by Chris ‘Bungle’ Garnett, a professional fighter who dreamed of owning a gym. He ultimately transformed lives.

The 38-year-old said: “It really is a boxing city, a fighting city and I grew up with all of that.

“Boxing didn’t really rock my boat, so I got heavier and deeper into martial arts and now I own an MMA and Muay Thai gym.

“We opened in 2017, so it’s been a few years. I got into the fight, took a chance and thought maybe people would like to hang out with me.”

Muay Thai, which translates to Thai boxing, is the national sport of Thailand. It is also known as “the art of eight limbs” because it uses eight points of contact, namely punches, elbows, knees and kicks.

MMA is a combat sport based on striking, grappling and ground combat, which incorporates techniques from various martial arts around the world.

Chris, who is also the first Muay Thai cage champion in the UK, said: “From the business side it’s stressful, hard, difficult but definitely worth it. There’s nothing better than trying to do your own thing in this world.

“I usually wake up around eight o’clock. I go to the gym, there are classes in the morning, afternoon and evening, I can’t believe this is my life. If I died tomorrow, what a race – I could’ I’m not complaining.

“On the fighting side, it made me a better human being.

“I know myself better, I don’t lie to myself and I sincerely try to be as nice as possible to everyone I meet, because it’s the right thing to do.

Chris, who is single, said: “In my spare time I watch fights, Jui-Jitsu, wrestling and also like to read books. I have a small library which I am quite proud of.

“My favorite book is Gates of Fire by Steven Pressfield.”

Chris is a nationally ranked fighter and has fought under top flight promotions including the Lion Fighting Championship and UCMMA (Ultimate Challenge MMA).

He continued: “Making champions, making top fighters is really fun and fulfilling, but the best thing is to look at someone and think ‘he’s going to be fine in life’.

“One of my young guys, Sean, I started coaching him many years ago and you know when you meet someone and they don’t look you in the eye? You can feel he is a bit nervous.

“So we brought him into the fold and he’s a big man now, he’s a green beret [Royal Marine].

“He came to practice the other day, his chest was big, [he was] looks me in the eye and he’s a man.

“Forget the belts, if I could do that to a lot of people, I would die happy.

“It seems really counter-intuitive, but the more people there would be who could compete competitively or be in competitive settings, there would be a lot less problems, angst and social anxiety that would be dealt with.

“I’m a professional fighter in my own right, I’ve fought some of the best in the country and I’m really peaceful.

“I love doing what I do. It’s not about being a big man, I’m really happy in my soul.

“I recognize that there are a lot of people in this world who don’t even have water, and I can do what I love all day.

The gymnasium is open to people of all ages, with the lowest age limit being around four years old.

Chris said: “I train kids from an age where they can relate to me.

“It depends on the child – some six-year-olds are like 10-year-olds and vice versa.

“Kids can start fighting in inter-clubs in the UK from around eight years old, which is very different from Thailand where they have full class A fights at the same age.”

An inter-club is a friendly spar between rooms where competitors can meet to test their skills.

According to the British Muaythai Federation, competitors between the ages of 5 and 11 must wear full protective gear.

No head contact is allowed and rounds are five one-minute rounds with the option of three 90-second rounds for normal fights.

This is in contrast to Class A fighting which is full contact with only a groin guard, mouth guard and gloves as protective gear.

He is also a wrestler who runs Genesis Pro Wrestling in Maidstone, but also teaches the amateur side at Chatham Gym.

He said: “I guess the biggest benefit is confidence. Regardless of what you’re up against in tough training and grueling sessions, you know you can take on just about anything.”

Genesis’ next show will be on July 31st at Ballin’ in Maidstone. Tickets can be found here.

He continued: “If you take the discipline of your training and work it into your diet, in your real world, success is almost guaranteed.

“There’s a lot of joy to be had after a big workout and you’ve pushed yourself and achieved something or learned something.

“A lot of people are satisfied with this, developing self-confidence and self-esteem.

“Chris is unique, he has enough confidence in himself to be himself.

“Overall, combat sports training is safer than other training – you would hurt yourself learning Morris dancing.

“Not many people get seriously injured in training. When you start fighting it’s different but that’s what training prepares you for.

“Training builds the person, the character and the body.”

One of those who have also taken up the sport is family therapist Kate Thornton.

The 49-year-old said she felt “included” despite what people might believe about the roughness of the sport and her age.

She said: “My partner suggested we come for a trial session. He was interested in it and he just said ‘come and try’.

“I’ve never been near a martial art or combat sport, or even watched a fight or anything.

“Chris was so friendly and welcoming that it made me want to come back.

“Training gave me a big adrenaline rush, it makes you really aware of your surroundings and what’s ahead of you. You block out everything else and you’re just in that moment.

“And you only rely on yourself. I do a job where I have to think a lot and anticipate and be really thoughtful and thoughtful, where like here, I just have to rely on myself and my body and my muscle memory.

“I’m just happy to feel included; I really like being able to show up and be a part of it.

“Obviously if someone is training for a big fight, I might step back and let the guys doing the fights work with each other.

“I just take something away from every time I’m here.”