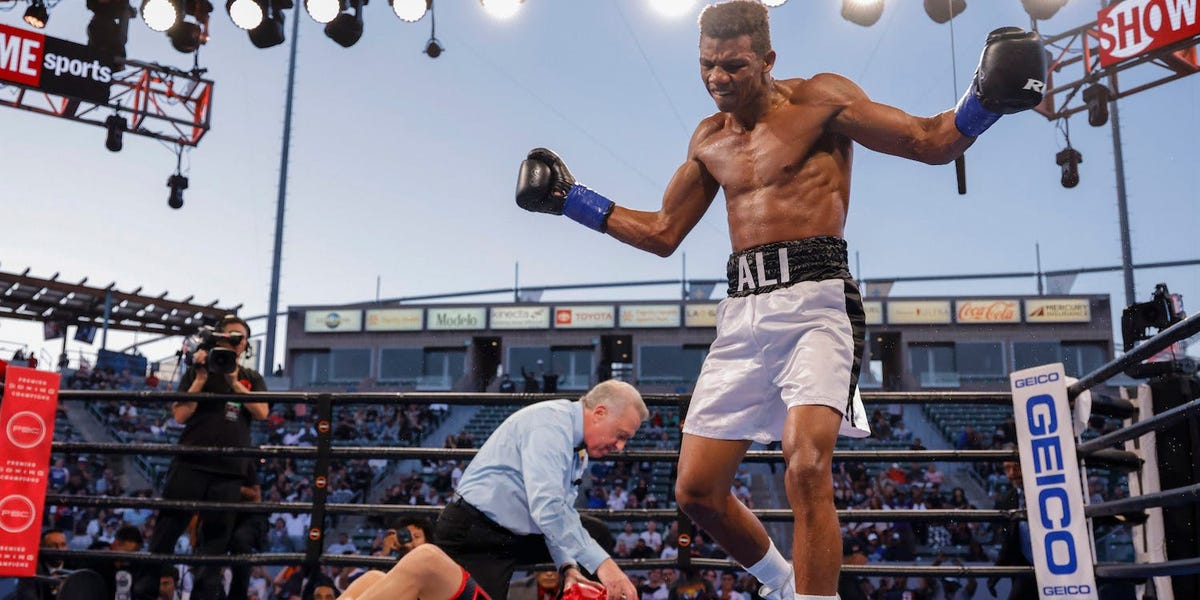 A 24-year-old boxer who looks like Muhammad Ali challenges one of the sport’s fiercest punchers to a fist fight.

Michel Rivera, known for his weird looks on “The Greatest,” returns to the ring against Joseph Adorno at a Premier Boxing Champions on Showtime event on Saturday at the Minneapolis Armory.

Nicknamed “La Zarza Ali”, Rivera has returned 14 knockouts out of 22 wins in his professional career so far and remains undefeated.

He predicts another victory this weekend and wants to use the platform to call out thunderous finisher Gervonta Davis, one of the most popular fighters in American boxing.

“I want to fight Gervonta Davis,” he said in a statement sent to Insider on Thursday.

“I’m number two for his WBA title and I’m ready to take this opportunity. My goal is to face every division champion and be the last man standing.”

Regarding his next assignment against Adorno, Rivera said he trained alongside former “Tank” Davis opponent Mario Barrios in Las Vegas and was focused and ready for his next game.

“He’s a good fighter with a good record… I feel great going into this fight and I’m grateful for the opportunity. I’m here to win. Anyone who’s watched me knows I bring a lot of different skills in the ring. .

“He’s a good guy with a good record and he’s the kind of fighter I want on my record. I have to take advantage of the fights that come my way,” Rivera said.

Elsewhere on the card, Elvis Rodriguez continues his comeback from an early career loss as he battles Juan Jose Velasco in a super lightweight 10-rounder.

In the main event, Tim Tszyu fights Terrell Gausha in a 12 round super welterweight.