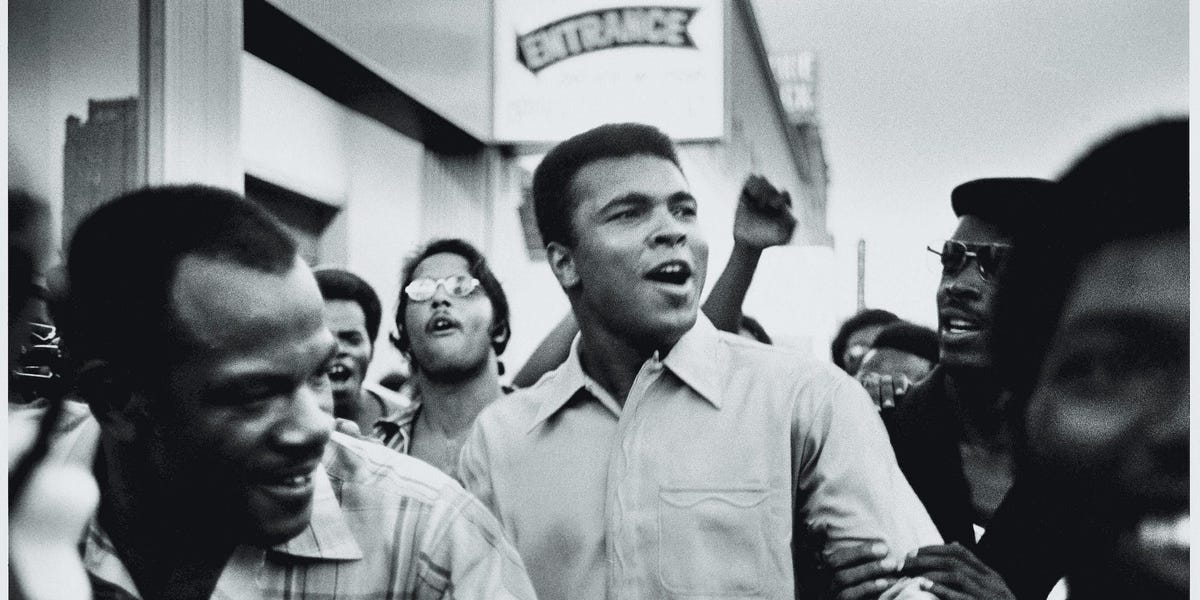 That’s according to the biographer of former world heavyweight boxing champion Thomas Hauser, who was inducted into the Sports Illustrious Hall of Fame earlier this month.

Hauser spoke to Insider on the lawns of Canastota, where boxing legends gathered to deliver speeches as they were permanently enshrined in the nearby combat sports museum.

“He was not averse to protesting and taking a stand against war, racism and injustice,” Hauser, author of 39 books, told us.

This is contrary to what Ali’s only son Muhammad Ali Jr. said in 2020.

Ali died aged 74 in 2016 from complications from Parkinson’s disease. Combined with his work in the ring, where he fought so well and beat some of the biggest names in the sport, Ali was a renowned activist.

He notably withstood the Vietnam War draft despite its impact on his boxing career.

Nation of Islam members, including Malcolm X, had joined his entourage in the early 1960s.

Ali was also passionate about educating young people, fighting world hunger, and even dissuading a suicidal man from jumping off a ledge in 1981.

Ali Jr. claimed two years ago that Ali would have backed an “all lives matter” movement on Black Lives Matter. The fighter’s son said his famous father would have viewed the protesters as “nothing but demons”.

The way Hauser spoke is far from the truth.

Ali would have approved, according to Hauser

“He would have endorsed” Colin Kaepernick’s message about police brutality and social injustice, the Black Lives Matter movement and the protests in the aftermath of the death of George Floyd – a 46-year-old African American who was murdered by the policeman Derek Chauvin in May 2020.

Regarding his own work — the work that led to his induction into the Boxing Hall of Fame in Canastota — Hauser reflected on the archive of books and journalism he published over the decades in the boxing media.

“Nothing will equal the joy of the 10 years I spent with Muhammad Ali, writing, working, traveling, the rest,” he told us. “He was obviously a very special person.”

Hauser added, “At the time I was working on the book, he lived in Berrien Springs, Michigan, on an 80-acre farm, and I went there a week at a time.

“I had a room in the house, and he would come in just to talk [to me]. We would watch TV together and hang out.”