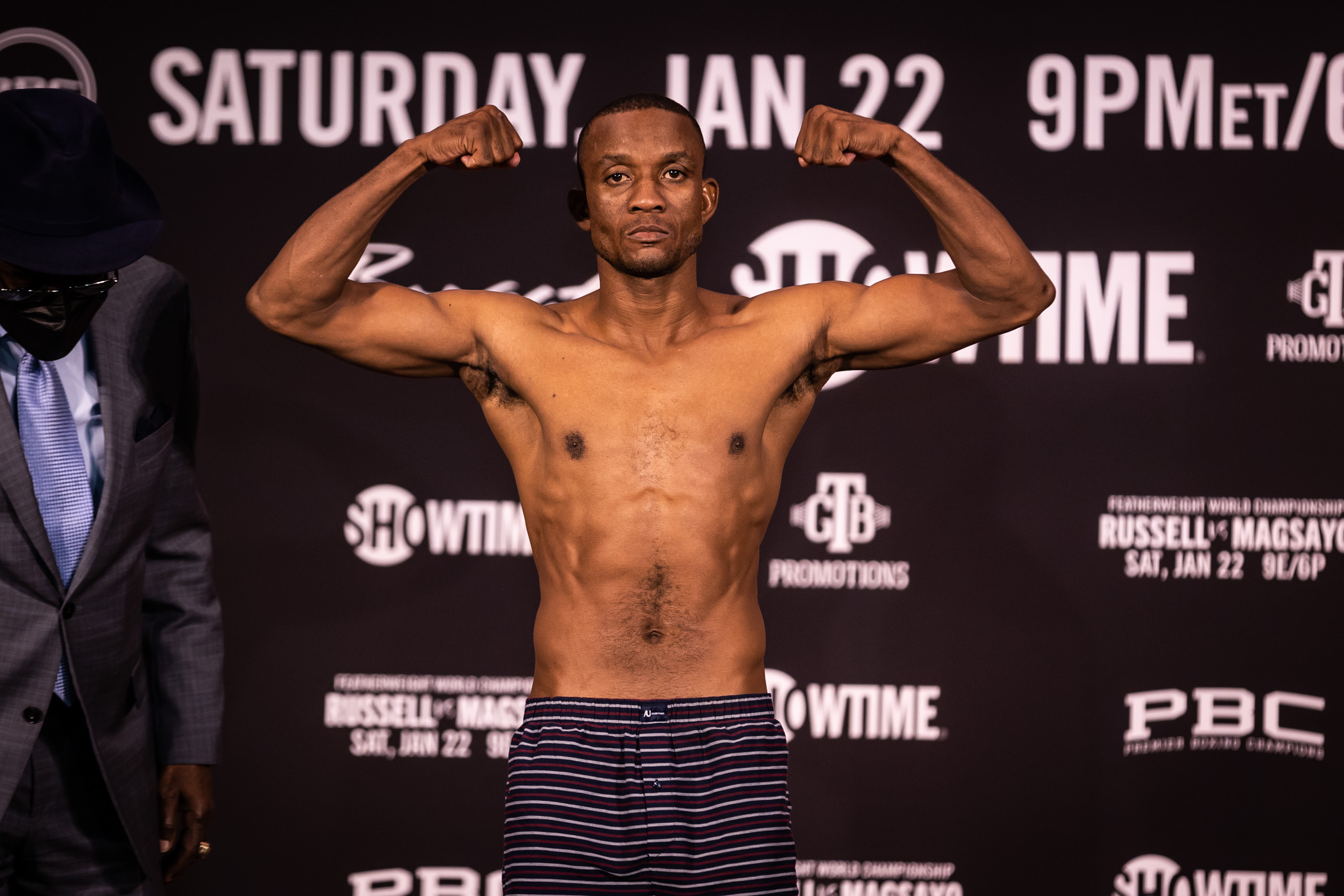 Sakaria Lukas is up every day at 4:30 a.m. Sharp. He does his boxing calisthenics for a few hours, then reports to “work” at 8:00 a.m., before returning to boxing at 5:00 p.m. Lukas, 37, speaks in military time. He lives in the military era. He thinks in military time.

It’s all a battle for the Namibian Marine Corps Sgt.

Lukas is a late replacement for Vic Pasillas, released after a positive COVID-19 test, and will be part of a 10-round undercard bout on the sixth defense of WBC featherweight title Gary Russell Jr. against WBC mandatory challenger Mark Magsayo.

This gives Lukas the opportunity he’s been dreaming of. Since he’s keeping himself in incredible shape, it’s not a tough test. King Tug is fighting for relevance, having suffered two losses in his last three fights, with losses to Gary Russell Jr. and Chris Colbert, coming in July 2021.

Lukas’ military experience, Lukas thinks, will help him in the ring.

“I have to commit to boxing and I stay with a routine, and I keep working,” said Lukas, a father of three, two 12-year-olds and one seven-year-old. “The tugboat is a badass. Styles make fights and I want to find out how hard he is. You must go to war. You hard and die hard. Die like a man. I don’t come to lose.

“If you beat me, you have to beat me by fighting.”

Nyambayar will drop to 126, having lost to Colbert by decision at 130. Lukas’ only defeat came to Isaac Avelar on his United States debut in December 2020. Lukas notes it was a fight, like this , which came on short notice.

“I’m in good shape and I manage to find time for my military training and boxing,” said Lukas, who has won his last two fights. “I stick with my routine. I guarantee you will have fireworks on Saturday night. You will see sniper fire.

Joseph Santoliquito is an award-winning sportswriter who has worked for Ring Magazine/RingTV.com since October 1997 and is the president of the Boxing Writers Association of America. He can be followed on twitter @JSantoliquito.