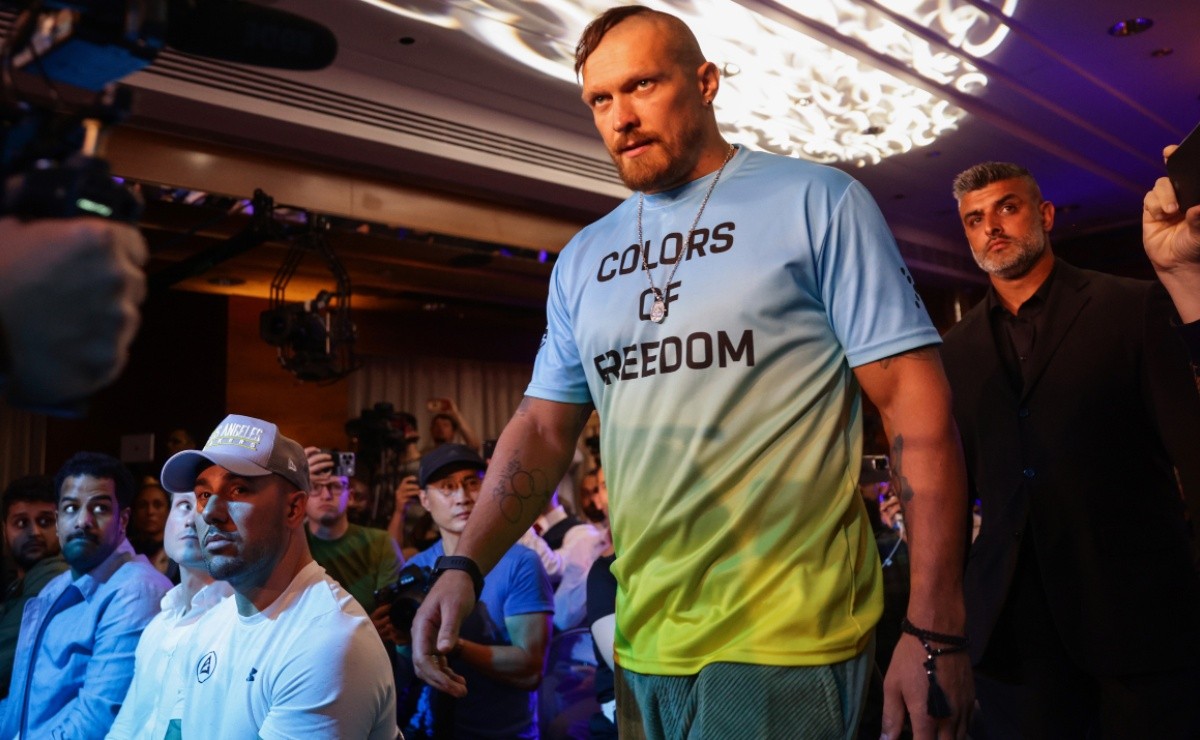 Current WBA, WBO and IBF world heavyweight champion Oleksandr Usyk has been slow to come clean and share a bitter experience he had in Ukraine before finalizing his August 20 fight against Anthony Joshua.

20 August will be an important date in At Oleksandr Usyk’s career, as he defends his world heavyweight titles against Anthony Joshua in Saudi Arabia. However, what awaits him in this boxing match is nothing compared to the bitter experience he had months before.

The Ukrainian fighter must prove his strength not only physically but mentally, because the commitment he has against Joshua is the key to his career: defending his titles against the former British champion would open the door to a fight which would mark his consecration in boxing.

The clash that awaits the winner of the Usyk-Joshua fight is against none other than the WBC world heavyweight championthe undefeated Tyson’s Fury. The ultimate price of facing the gypsy king and to defeat him is to go down in the history books of boxing’s premier division as the very first undisputed heavyweight world champion in the era of the 4 belts (WBC, WBA, WBO and IBF).

Oleksandr Usyk confesses the nightmare he lived in Ukraine

Sport is not an isolated activity from what happens in society; in fact, it is an integral part of it, a cultural expression and since the last century a powerful economic industry. Thus, the conflict between Russia and Ukraine affected the boxers of these countries. One of them, Oleksandr Usyk.

The current unified heavyweight world champion has decided to stay in his country to support the defense of his territory, until he receives a government authorization to be absent and fulfill his sporting commitment to face the rematch agreed with Anthony Joshua.

However, it was in those days of dedication to his patriotic work that he experienced a true nightmare, which undoubtedly marked his life:Every day I was there. I was praying and saying, ‘Please, my God, don’t let anyone try to kill me. Please don’t let anyone shoot me. And please don’t make me shoot another person.”, Usyk said at a press conference in London according to boxing scene.

Likewise, Oleksandr Usyk has confirmed that while he is focused on winning against Anthony Joshua to put his country’s name on the map, as soon as the fight with the British in Saudi Arabia is over, he plans to return to Ukraine to continue. to defend. his nation and his compatriots.