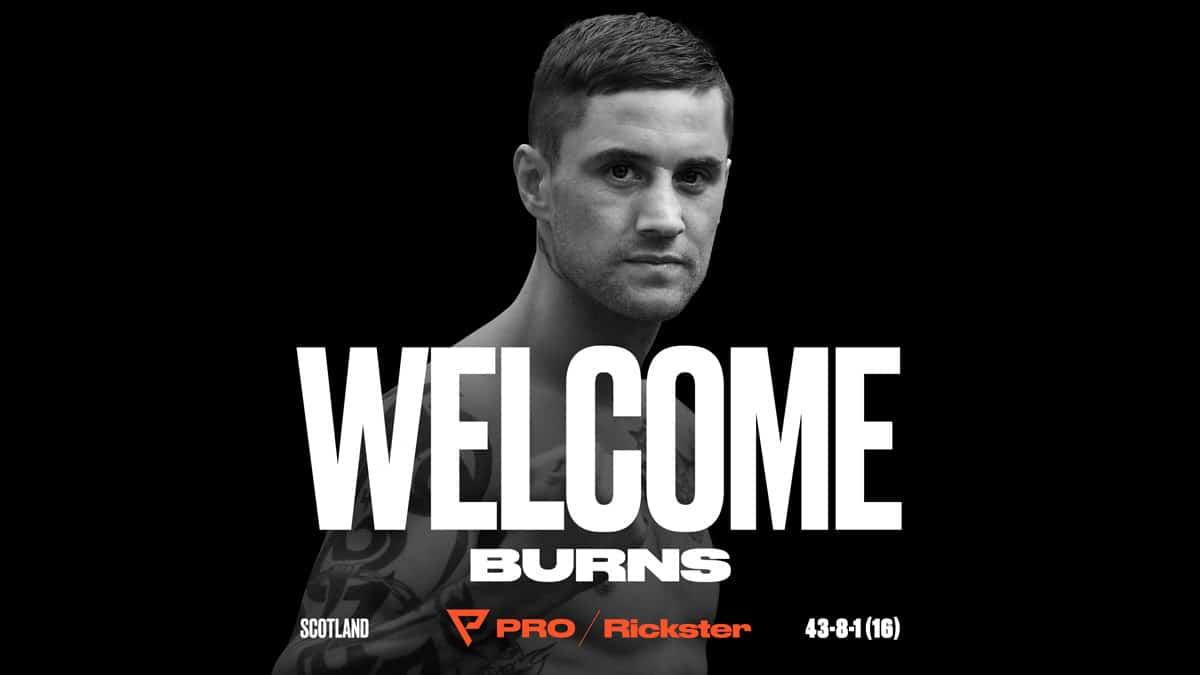 Burns (43-8-1, 16 KOs) is one of the most successful boxers of the past decade, holding world titles in super-featherweight, lightweight and super-light between 2010 and 2017.

Meanwhile, the Scottish hero has achieved memorable victories against fighters such as Michael Katsidis, Kiryl Relikh, Roman Martinez and Kevin Mitchell, while also sharing the ring with Terence Crawford and Ray Beltran.

To this day, Burns remains one of the best Scottish fighters ever produced, having competed 52 times during his illustrious professional career, including 13 world title fights.

He is the latest high-profile signing to team up with Probellum, following the arrival of former world champions Regis Prograis and Badou Jack earlier this week.

Probellum also announced groundbreaking co-promotion deals with some of the biggest names in the sport, such as Wasserman Boxing, Universum in Germany, LNK Boxing in Latvia, Glozier Boxing in New Zealand, Team Ellis Boxing in Australia Armin Tan Promotions in Indonesia, and Box Office Sports in Ghana.

“I am honored to sign this promotional agreement with Probellum,” Burns said. “I feel I still have a lot to offer in my career and look forward to making my long awaited comeback in the near future, with hopefully thousands of my fans in attendance.

“From my conversations with Probellum, it’s clear that we share the same vision and goals, so I can’t wait to get back in the ring soon and have a powerhouse like them to back me up.”

“We are delighted to announce the promotional signing of three-weight world champion Ricky Burns,” said Richard Schaefer, president of Probellum. “Ricky is one of the best fighters of this generation, and there are still huge nights ahead of him.

“Scottish boxing is at an all time high right now with fighters like Josh Taylor, Lee McGregor and Kash Farooq flying the flag, but Ricky remains a national hero. He hasn’t had the chance to fight in Scotland since 2017, and there will be endless possibilities for him after joining us here at Probellum.

News on when Burns will have his first fight since signing a promotional deal with Probellum will be announced in the near future.