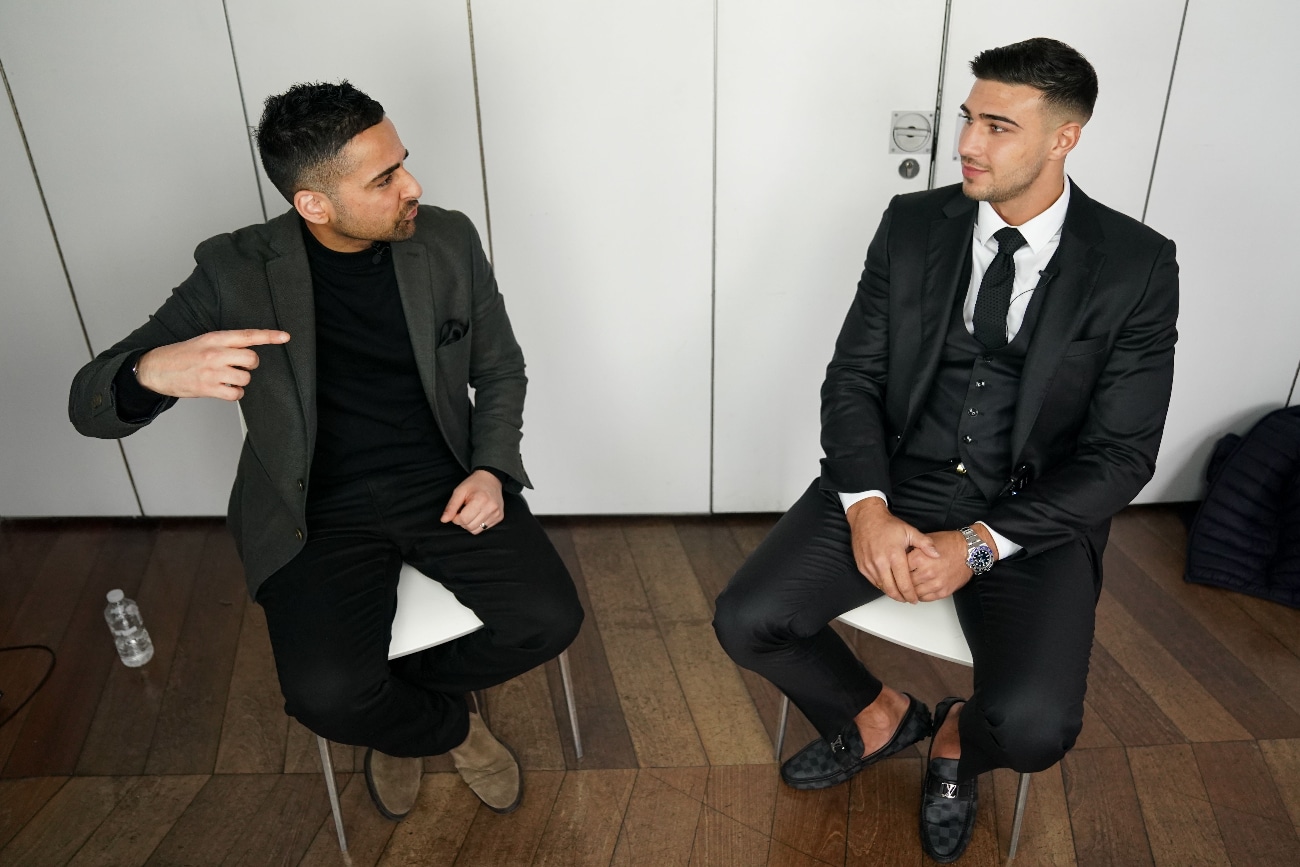 International superstar Jake “The Problem Child” Paul and British reality TV star Tommy “TNT” Fury continued their war of words at a press conference Wednesday in Morecambe, England. The two professional boxers will settle their months-long rivalry in the ring when they put their unbeaten records on the line during the main event of a SHOWTIME PPV event live from AMALIE Arena in Tampa, Fla. On Saturday the 18th. December.

Fury was joined on stage by his older brother, WBC world heavyweight champion Tyson, and his father and trainer John. Paul, who is in training camp in Puerto Rico, joined the event virtually. Fury promoter Frank Warren also appeared virtually at Wednesday’s event.

Tickets for the live event, titled #PaulFury: One Will Fall, are available for purchase now at www.amaliearena.com.

Below are quotes from Paul, Tommy Fury, Tyson Fury and Warren.

“Training camp is good. I’m almost on vacation. We started this training camp two months before these professional fighters started theirs. So we have a head start and we are moving forward. We are freewheeling and it is the best I have ever felt.

“They underestimate me to the utmost. They can try to teach this kid as much as they want in a short period of time, but that’s not how boxing works. Tommy is green. Tyson tries to train him like a champion but the kid is not a champion.

“I think Tyson should be paid Tommy’s purse because he promotes the fight more than Tommy. It’s good to have someone on the other side of the promotion who actually has an following because I’ve been promoting all of these fights on my own. Finally, Tyson Fury speaks up and promotes. I’m sick of wearing promotions on my own so thanks Tyson, I take my hat off to you. But I will steal all of your fans. I’m going to knock your brother out and be on my way. Another salary. Another speed bump on the way to becoming world champion and the greatest boxer in the world.

“These people think they can come and beat me because they have an amateur career or they are professional this or they are UFC that. They don’t understand what they’re getting into. It’s funny to see each of them fail in front of the world and the same is going to happen to Tommy. For me it’s an easier fight than Tyron [Woodley]. He’s a youngster who’s never had a real fight and I’m going to knock him out. He doesn’t have a chin. He’s never even been hit hard by anyone.

“I feel great. Fit, ripped and ready to go as always. I worked hard on the road. Hard work in the gym. I train with quality operators. Olympians, world champions.

“The hype doesn’t win the fights. Talking doesn’t win fights. Fighting wins fights. It’s that simple. I am not involved in all of this. I didn’t go to Instagram because I don’t care. I don’t care what he says, does or thinks. It doesn’t matter because when he jumps to the ropes on December 18th and realizes I’m not a YouTuber, I’m not a basketball player, I’m not a wrestler, I’m not a UFC fighter, and he gets hit with a nice square jab in the jaw, he’s going to be like, “Why did I sign up here?”

“I can guarantee that in four or five rounds he’s going to say ‘BJ [Flores], take me out! ‘ It’s easy money for me. Thanks for taking the fight. I won the lottery. I’m going to rob the bank and I won’t go to jail for it. So thank you very much. Do not go out and I will see you on December 18th.

“Do you want to pay me millions of pounds to go over there and fight someone who looks like him?” 100 percent, sign me up. It’s easy money because he’s a bum who can’t fight. I will show it on December 18th. When he gets into this ring against me, he will find his level. He’s going to be knocked out in the first round because he can’t fight. He can’t dream of beating me.

“It’s entertainment. These two young guys are going to go out there and put it all on the line. Someone’s going to get beaten up. Someone’s “O” has to go and that’s how boxing works. Jake is there in Puerto Rico to train hard. Tommy is here in Morecambe to train hard. On December 18th, poor old Jake Paul is going to be severely knocked out and that’s it.

“For me, it’s very exciting because I’ve never been involved in anything like this. This is an ongoing social media feud and it is brewing and getting worse and worse. Come at night, all discussions will be over. What you’re going to see is someone in Jake Paul who’s been brilliantly successful in the way he’s promoted himself, he obviously takes him seriously as a boxer, but he doesn’t have any amateur training. And then you have Tommy who is an amateur trained and comes from a traditional boxing family and he has had several fights as a pro.

“It’s a real reality check as far as Jake is concerned. And also for Tommy. Because I expect Tommy to win this fight. I expect him to succeed and succeed. But Jake Obviously has a big point to prove to everyone. I take my hat off to Jake because he is mobilizing. This is going to be in front of the world. It’s going to be a huge audience. The point is that the winner of this fight – who , I think, will be Tommy – will be one of the most famous people on the planet. They have everything to do. I’m so excited to see what the result will be.

“I was skeptical. Absolutely, I was. But I went to Tommy’s last fight when Daniel Dubois was on the map and what surprised me was that from the moment the doors opened, the place was full. Everyone was sitting there watching every fight. Whichever way you want to see it, Jake has brought a new audience to boxing. For boxing, it’s great and I hope it continues to be the case.