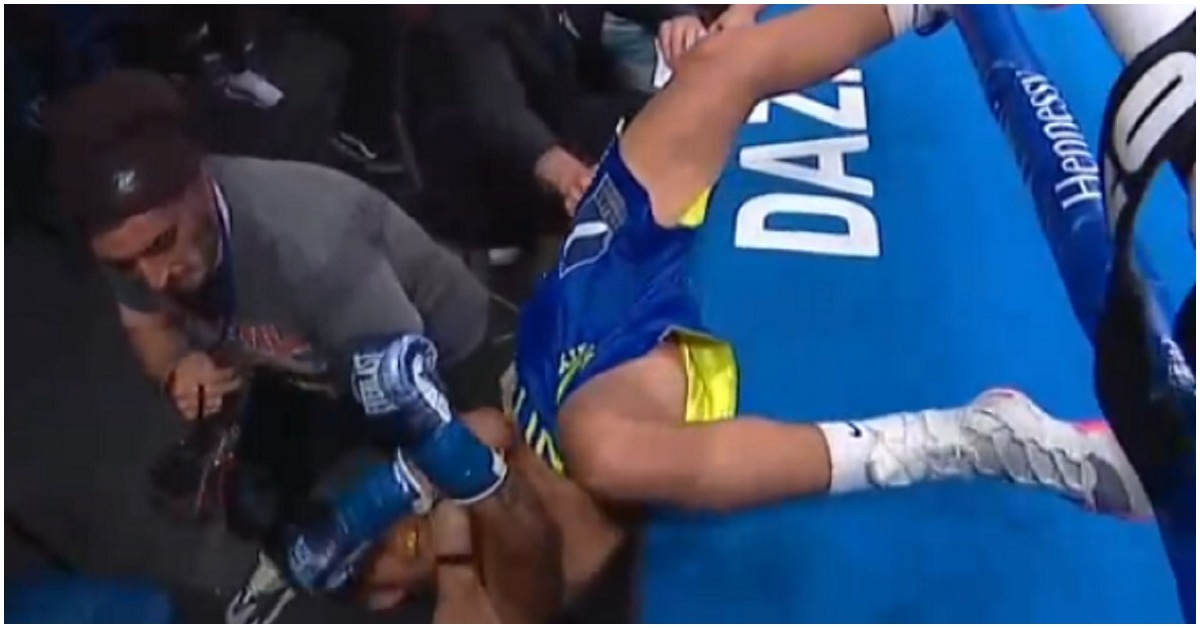 “Scrappy” John Ramirez took his perfect professional boxing record to 10-0 when he sent Jan Salvatierra flying out of the ring to win the NABA super featherweight title.

Ramirez notched the eighth knockout of his career against the overmatched Salvatierra, who ate a big right hand that sent him through the ropes in the final minute of the first round.

Fortunately, a photographer was on hand to save Salvatierra from smashing his head on the floor. The photographer even brought the Mexican back to the ring but the fight did not continue.

Salvatierra appeared concussed when he returned to the ring and referee Ivan Guillermo glared at him before quickly giving up the fight.

The 25-year-old was eerily calm after scoring a knockout contender of the year.

“He made a mistake and he had to pay. “He was not on my level,” Ramirez said in his post-fight interview.

Ramirez then warned the super featherweight division and used a line made famous by UFC superstar Conor McGregor on his rise.

“I want to fight the best out there. I don’t care,” he said. How can you be the best of you without competing against the best?

“Josue Franco, [Jesse] Bam Rodriguez, anyone with a belt, I’m coming for you. I’m not here to participate, I’m here to take over.

The WBA suggests Josh Taylor was stripped of the world title, but he insists he quit

Former WBC light middleweight champion and DAZN commentator Sergio Mora took to social media after the viral knockout to praise the two men for showing very different qualities during their fight in one run.

“Ramirez knocked a guy out of the ring like this was brutal to see but Salvatierra got back in the ring it was HEART! #boxing,” Mora wrote.

Former unified welterweight champion Regis Prograis, who pushed Josh Taylor to the brink of defeat in their undisputed bout, backed Ramirez to achieve great things after his latest knockout win.

“Scrappy is a problem. He will be champion,” tweeted Prograis.

Ramirez knocking a guy out of the ring like that was brutal to watch, but Salvatierra scratching himself back into the ring was all HEART! #boxing

bet of the weekend