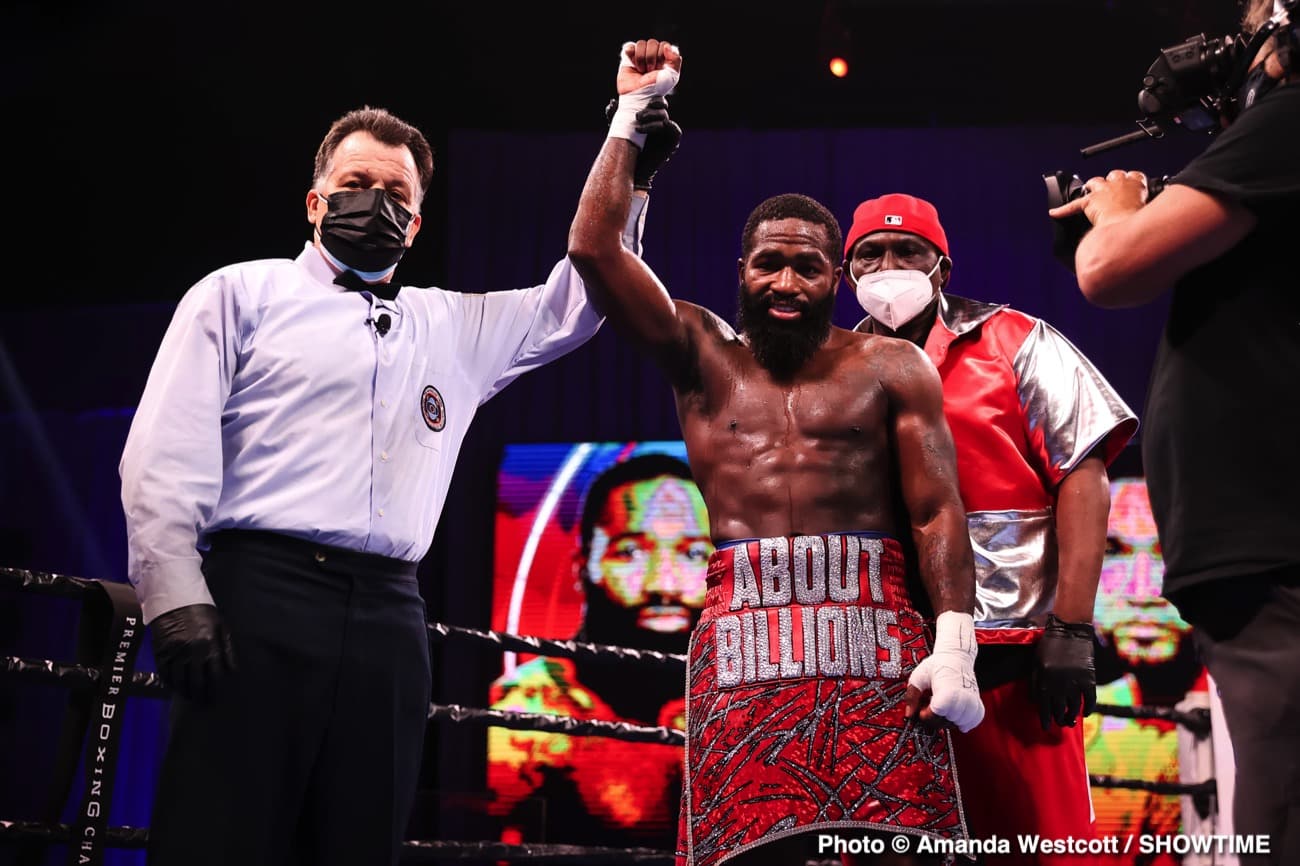 Coach Robert Garcia has offered to help former four-division world champion Adrien “The Problem” Broner get back on his feet by having him come to his gym and stay at his camp house.

Garcia says he’s not trying to coach Broner. He wants to help her. Recently Broner pulled out of his fight against Omar Figuerora Jr due to mental health issues, and it is unclear when he will return to the ring.

Broner hasn’t fought in nineteen months, and it’s possible he won’t be back this year. At this point in Broner’s career, it would be difficult for him to become world champion again.

He hasn’t looked the same since moving up to welterweight a decade ago, and it’s unrealistic to assume he can make it back to the lightweight or super featherweight divisions. These were Broner’s top weight classes.

Robert knows Broner, 33 (34-4-1, 24 KOs) and feels misunderstood by some media and boxing fans, who see him as arrogant.

Broner’s once-promising career has become evident over the past ten years, especially since 2017. He’s only fought five times in the past five years and arguably hasn’t won a fight since 2016.

“I know him personally. He’s a great person. I know the media and people who don’t know him might think he’s arrogant and don’t like him, but he’s actually a great person,” Robert Garcia told Fighthype about Adrien Broner.

“Here in Vegas, I hung out with him and we talked for hours. He’s a great person. He’s going through some personal issues.

“I hope he does better. I would really like to invite him to my training camp. Not so that I can train him, but so that he recovers and gets better.

“To be surrounded by world class fighters and to be surrounded by Jesse Rodriguez and the Jose Ramirez. Not because I want to train him, but so he can do something different. Get away from what he’s used to and live in my camp house, train and hang out.

“That would probably help him a lot. If he’s willing to do that, I’d be more than happy to invite him to my training camp just so he can recover.

“We had some problems with our fighters. We just don’t tell the media, but some of my fighters have had mental issues as well. We deal with it. We know how to deal with them and they are getting better. They become world champions again in the future.

“Can Adrien do the same? Yeah, and if he’s willing to accept my offer, I’d love to have him on my side just to get him away from all that bull shit in his life and focus on something different,” Robert said.