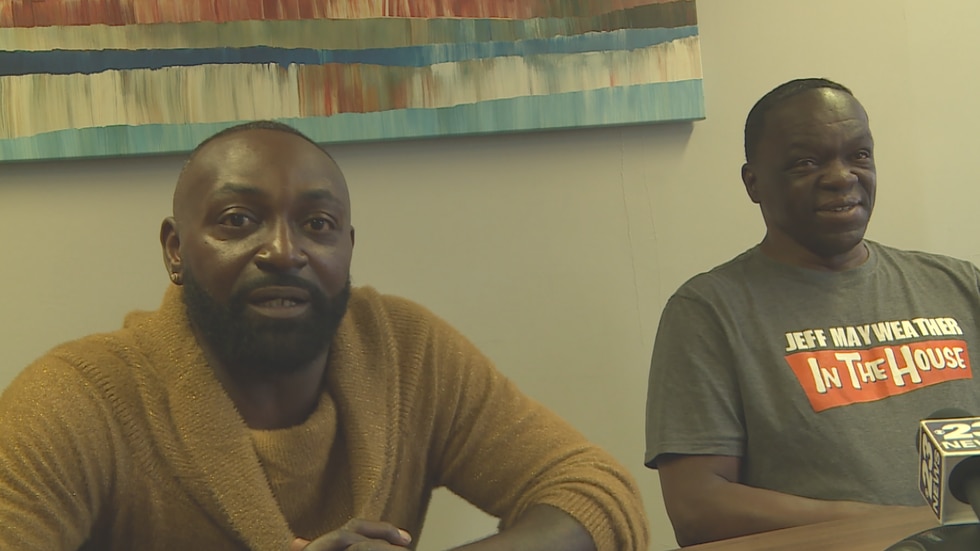 ROCKFORD, Ill. (WIFR) – “Never sold a movie in our life,” said cameraman turned documentarian Durian Bogan; But he wants to change that.

“I was looking for my first story but who?” said Bogan

He wasn’t sure at first, but Bogan wanted it to be African-American focused. “During COVID times, I thought our culture was hurting with law enforcement and a bunch of other things across the country,” Bogan said. “And it just inspired me to work on film projects that would put successful African Americans in a different light.”

As a boxing fan, Bogan drew inspiration from Mayweather’s boxing legacy. Not just undefeated champion and billionaire Floyd Jr; “He always says that nobody is perfect except my career, but he worked extremely hard. Tougher than anyone I’ve ever seen in boxing,” but the whole Mayweather family.

“I threw a rock and it hit Jeff in the head, and Jeff turned out to be quite humble,” Bogan said.

“For me, it was time for my family story to be revealed to everyone,” said Jeff Mayweather. He was a former super featherweight champion. And later became a coach of nine world champions. including his nephew Floyd Jr.

“I want this story to be a bit like the ‘King Richard’ story,” Mayweather said. “You know, the making of history before fame”

Jeff’s brothers, Floyd Sr. and Roger Mayweather, were both world champion boxers and Hall of Fame trainers in their own right. Roger died in 2020.

“It’s something I wanted to do when my brother Roger was still here, and it didn’t happen,” Mayweather said. “So I wasn’t going to pass up the opportunity when someone contacted me to make it happen this time.”

So Jefferson grad Bogan teamed up with Guilford grad and former business partner Josh Branson to start building the documentary of their dreams.

“We’ve always done entertainment and it’s only taken it to the next level,” Branson said. “We’ve done a lot of things over the years; but as far as getting on a national big screen, that’s where we’re at.

“There are so many parallels to this story that changed everything in my life in the way I think about my mindset and my work ethic,” Bogan said.

Bogan says they’re nearing the end of production on ‘Who’s in your corner? The Mayweather Legacy’ and there’s been a lot of interest from major networks.