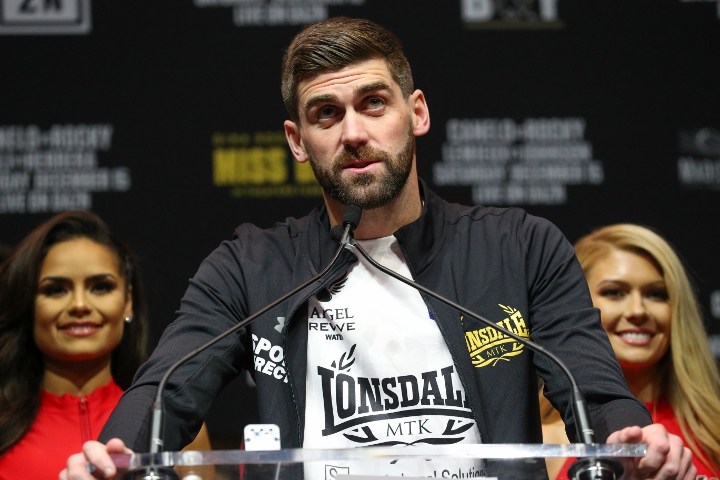 Rocky Fielding, the former ‘regular’ WBA super middleweight champion, showed he still has ambition in the sport by stopping Finland’s Timo Laine in the third round of the Probellum show in Liverpool.

It was a straightforward night’s work for Fielding, who got the rights at will and forced referee Steve Gray to step in at 1:34 of the third call he unloaded with Laine covering the ropes.

Fielding had taken just four rounds, spread over two fights, since losing to Canelo Alvarez at Madison Square Garden in 2018. It was one of only two losses on his record, the other being to Callum Smith.

Blane Hyland came up from the floor to claim a close six-round decision over Stephen Jackson at bantamweight. Hyland had the early advantage but was dropped late in round four by a hard right. Jackson also did well in the final round, but referee John Latham gave Hyland the 57-56 lead to improve to 6-1 as a pro.

Irish super featherweight Steven Cairns took just 91 seconds to stop Spain-based Nicaraguan Jose Hernandez. A big right hand hurt Hernandez and Cairns landed two more rights to send him to the ground. Hernandez beat the count to nine, but referee Gray waved it off. It was scheduled for four rounds.

Bantamweight Will Cawley never really had to get out of first gear as he went 2-0 against Lithuanian Marius Vysniauskas, referee Latham scoring 40-36.

Ron Lewis is an editor for BoxingScene. He was a boxing correspondent for The Times, where he worked from 2001 to 2019 – covering four Olympics and numerous world title fights around the world. He has written about boxing for a wide variety of publications worldwide since the 1980s.