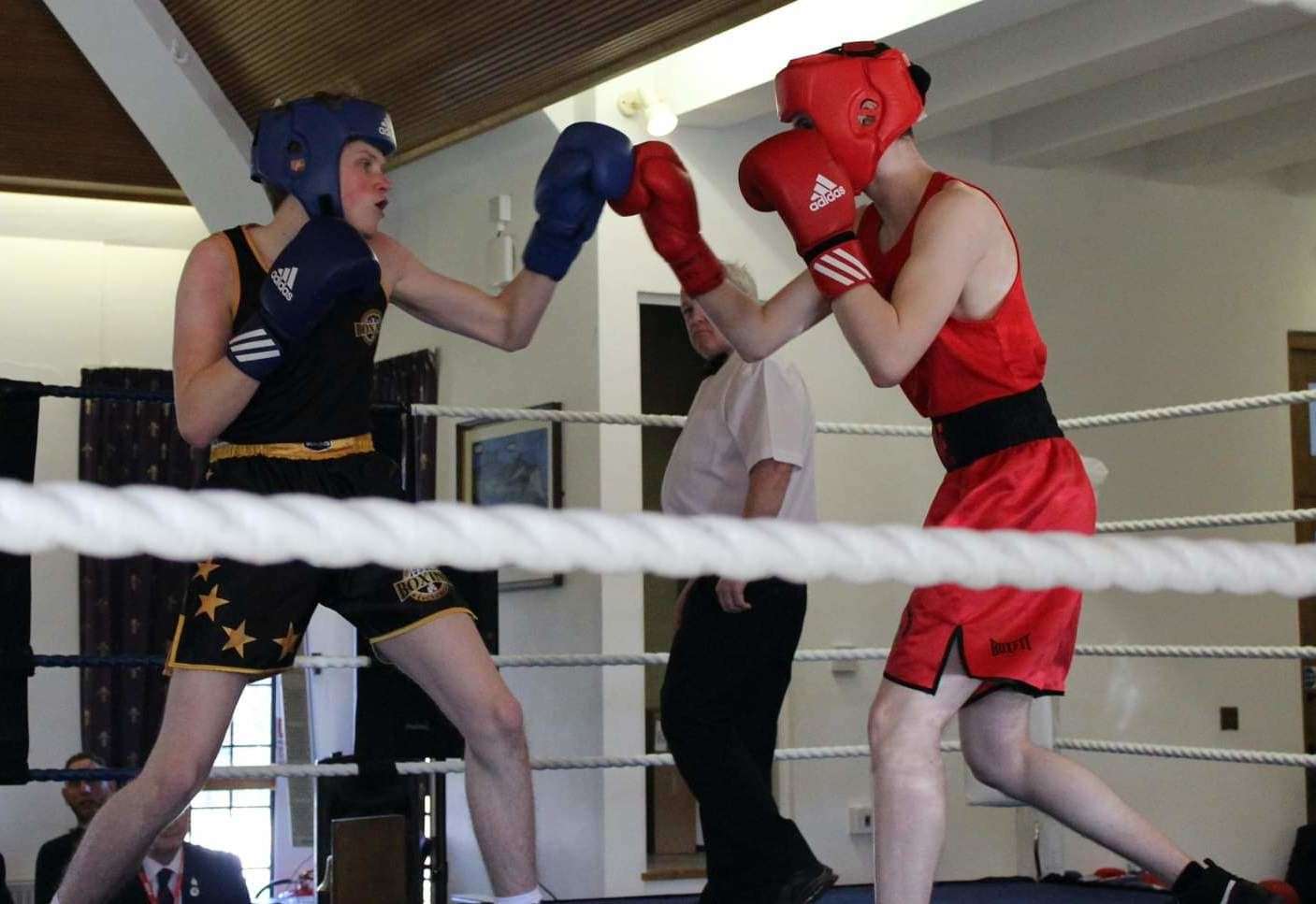 Sandwich ABC made up for lost time with its first show in over two years on Saturday.

Eighteen clubs were in action alongside the hosts at the Guildhall, and with anticipation boiling over after a Covid-enforced hiatus, the fighters delivered plenty of memorable action.

The local team was represented by five boxers, four of whom were making their debut.

Daniel Haughie impressed when he took on Maidstone ABC’s Kane Richards in a junior skills bout, with both fighters putting on strong performances in front of a grateful crowd.

Fellow rookie Rian Clubb did enough in three rounds to beat Alfie Webb, also of Maidstone ABC, in another junior fight, while the fight of the day was won by Jules Dharni.

Dharni, another rookie for the local club, and Cosmin Dobrescu of the Prince of Wales Boxing Academy in Canterbury, staged a contest that had their supporters on their feet from the first bell to the last, with Dharni getting the nod after six minutes of thrilling action.

Sandwich has taken part in two senior bouts. Ryan McDermott took on a Sobers Boxing Clinic fighter in Surrey but was unsuccessful despite putting on a brave performance in his first fight for the club.

Joe Marsh found his groove after a slow start against rival Maidstone ABC, but the outside fighter edged out the contest and got the decision.

Coach Mac McCarthy saw enough heart in all of his fighters, and win or lose, he was thrilled with their efforts.

He said: “We couldn’t be prouder. Daniel, Rian, Jules, Ryan and Joe gave their all and left it all in the ring.

“It’s been over two years since our last show so we were looking forward to a great day of boxing and it didn’t disappoint.