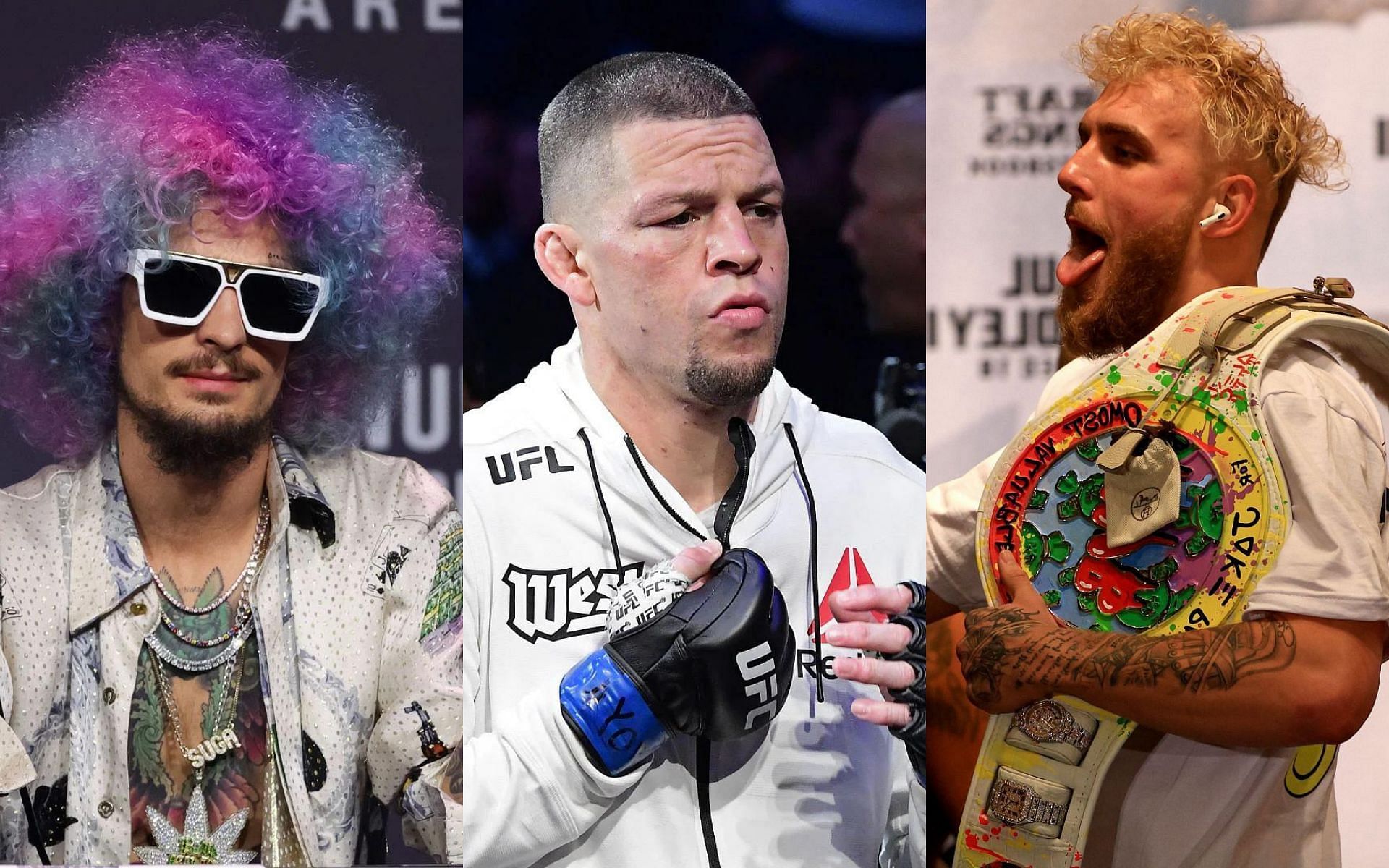 Nate Diaz recently took to Twitter asking the UFC to release him or schedule a fight for him in July or August. Although he did not receive a response from the promotion, the fighter received an offer to fight from Jake Paul.

Responding to Diaz’s Twitter post, Jake Paul offered to fight the Stockton native in the octagon for free. However, he set two conditions for this. They are – UFC president Dana White raises fighters’ salaries and provides health care for fighters in the promotion.

Dana – I’m happy to be Nate’s last fight in the UFC. You know the terms: pay fighters more and give them health care.

Sweetener: I will fight for free. twitter.com/nadiaz209/st…

Free Ufc now please or give me a fight with anyone in July or August I got bigger shit to do https://t.co/xyYSCBysLs

Dana – I’m happy to be Nate’s last fight in the UFC. You know the terms: pay fighters more and give them health care. Sweetener: I will fight for free. twitter.com/nadiaz209/st…

Giving his take on a potential MMA fight between Paul and Diaz, ‘Sugar’ admitted he’s backing ‘The Problem Child’ in case the match goes through.

Speaking further, Sean O’Malley also said he wanted to witness Paul’s future endeavors in boxing and expressed his desire to see him continue in the sport.

Sharing his thoughts on the match in a recent episode of the BROMALLEY show, the 27-year-old had this to say:

You can check out the recent episode of the BROMALLEY podcast below:

Adrian Yanez established his position in the division after picking up a knockout victory over Tony Kelly with a barrage of punches at the recently concluded UFC Austin.

Shortly after his standout performance, the 28-year-old wasted no time calling ‘Sugar’ his next opponent.

In response to the No. 15 ranked bantamweight contender’s call, O’Malley also expressed his willingness to sign up for the match. However, ‘Sugar’ thinks Yanez will have to face a few more opponents before they come up against him.

“I’m going to beat Pedro and then I’m going to fight somebody in the top seven. …I don’t think [fighting Yanez next] is realistic. He just beat Tony Kelley. Go on. Petr Yan is not booked yet, it could be a potential fight.

“Rob Font is up there, I know he probably wants to book something soon. I hate to talk about it because I have to go there and deal with Pedro, but there are definitely some great options.”

You can see Sean O’Malley discuss the possibility of facing Adrian Yanez in the video below: