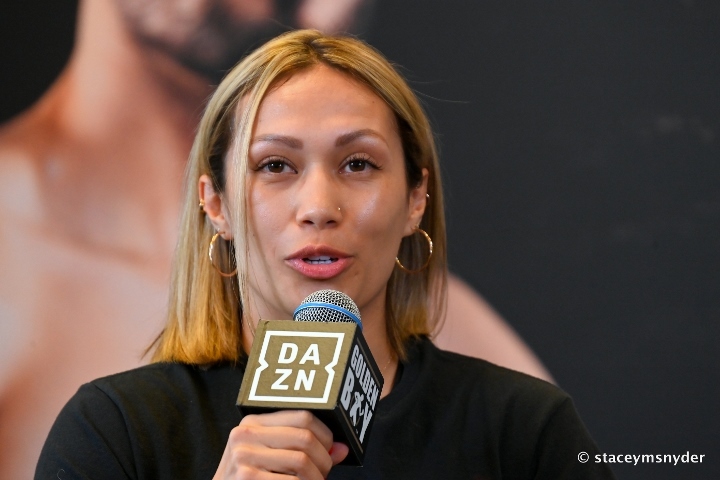 Now Estrada wants to unify his division in the coming year.

â€œI’m giving my performance a ‘C’ today because I was getting too far ahead of myself. I wanted the playoffs too early so I got caught a few times trying to set it up, â€Estrada said.

â€œShe was a tough fighter, she’s 9-0 with 5 KOs for a reason, so I knew she was coming to win. But I knew I had to stop it, I just had to be more patient. In 2022 I want to unify the division with a fight against IBF World Champion Yokasta Valle from Costa Rica.

Both women came to win, as they quickly traded blows trying to find each other’s weaknesses. Estrada, had an easier time connecting and knocked down Santizo in the second round twice.

Visibly rocked and saved by the bell, Santizo returned in the third round to try to establish domination. However, â€œSuper Badâ€ quickly stopped Santizo at 1:51 of the third round, winning the fight by knockout.

â€œHonestly, I felt super prepared for this fight,â€ Santizo said.

“Seniesa, however, was able to connect. We fell on the canvas but I feel good, I think the stop was maybe too early. But I defer to the referee who is there to protect our health Now I have to get back to the gym, work out and wait for the next opportunity.