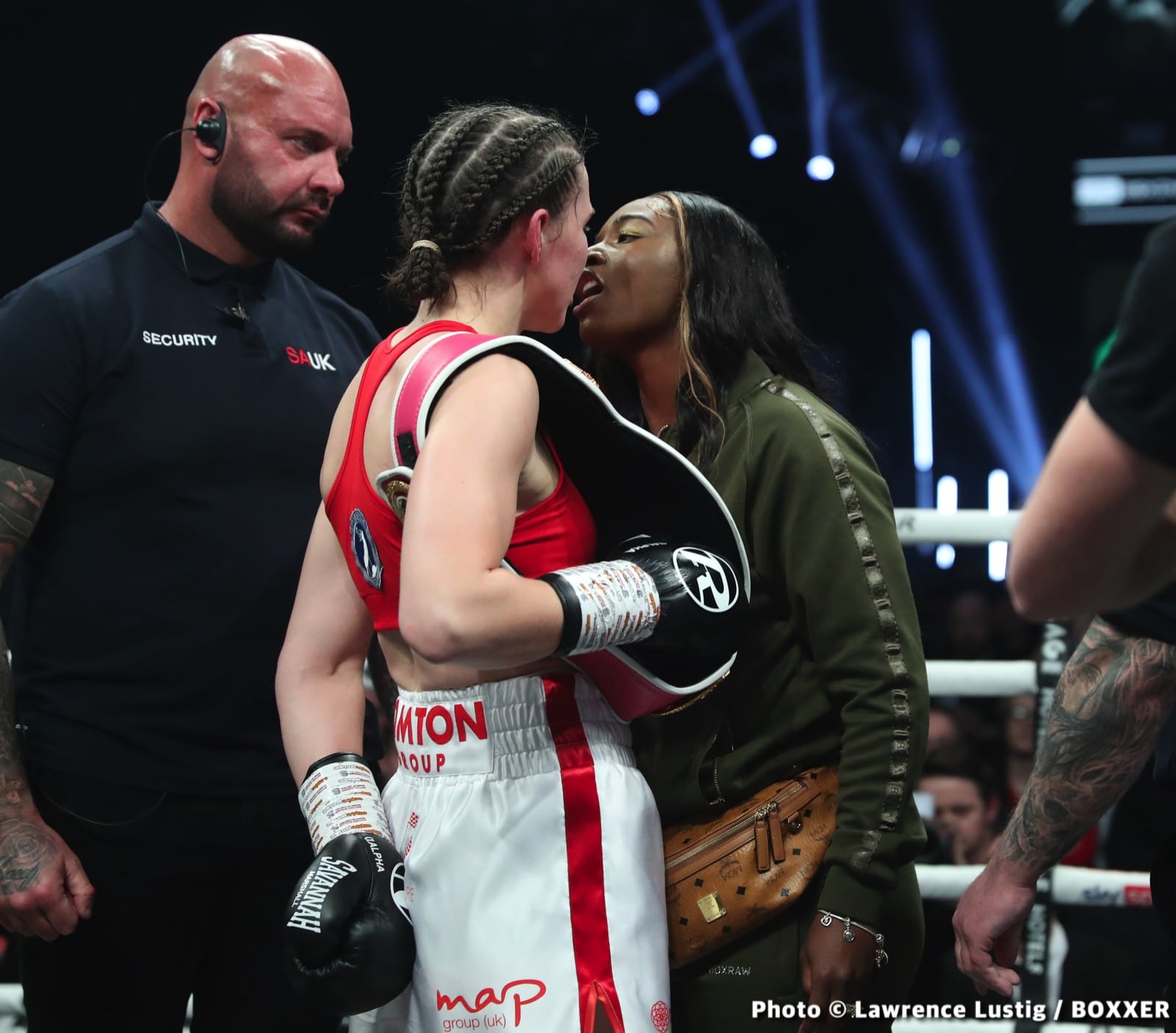 Women’s boxing is hot right now and it’s about to get even hotter. According to ESPN.com’s Michael Rothstein, two women’s unification bouts will take place at The O2 in London on September 10. We’ve been anticipating the intense grudge match that is Claressa Shields-Savannah Marshall, and it’s now been announced how the fight will headline September 10, and that warriors Mikaela Mayer and Alycia Baumgardner will get it in a 130-pound clash. unification on the same card. Talk about a show that can’t fail to deliver!

Shields and Marshall, both undefeated and holding every middleweight title between them, have, as we know, been going back and forth for months. Marshall owns an amateur win over Shields, it’s the only blemish on Claressa’s record (barring an MMA loss) and Shields wants revenge badly. Very much a standalone fight, Shields Vs. Marshall will now get a real run for the fight of the night by supporting feature Mayer-Baumgardner.

Mayer, 31, holds the WBO and IBF super featherweight titles, while Gardner, 27, is the WBC champion. Both women gave us terrific action in the ring and it seems impossible that the fight between them wouldn’t be terrific. Mayer’s November 2021 war with Maiva Hamadouche was one of the best action fights of the last year, while Baumgardner’s disturbing knockout of Terri Harper, also from last November, was, well, disturbing.

Kudos to both women for wanting to put it all on the line in this unification matchup. Who wins this one? It’s hard to say, for a number of reasons; as it is difficult to predict a winner of the Shields-Marshall fight. Mayer has more experience, Baumgardner is the better hitter. Mayer has never lost a fight, Baumgardner has tasted defeat (this at the hands of Christina Linardatou in 2018, the fight being a split decision victory for Linardatou).

We had a classic women’s fight with the recent Katie Taylor-Amanda Serrano battle, and Shields-Marshall and Mayer-Baumgardner could be just as good, just as special. Tickets for the September show can be expected to sell out quickly.

With women’s boxing being of such high quality right now, the men have to fight hard to keep up. Some people think women should fight three-minute rounds like men do, while others think those two-minute rounds are key to ensuring the kind of blazing action we’ve been treated to.

Now you can prepare for two more potentially stunning, all-action women’s bouts. An official announcement of these two fights should take place next week.