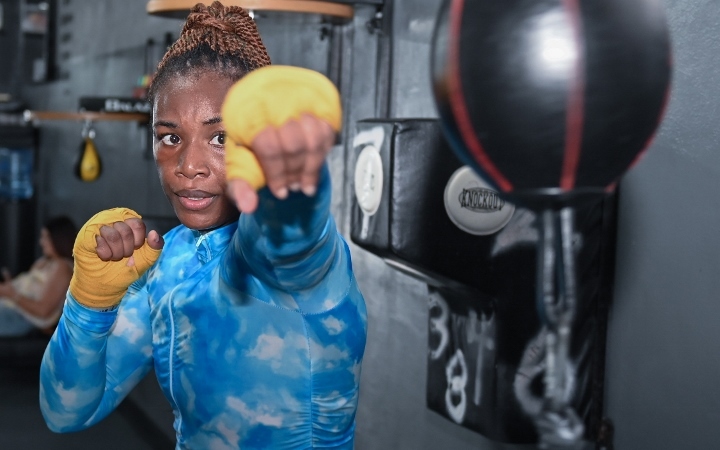 They will settle their accounts with the pros on Saturday September 10 from the O2 in London.

The amateur loss to Marshall is the only loss of Shields’ boxing career.

Their unbeaten records and the undisputed middleweight crown will be on the line when they collide next month.

There are bettors who rank Marshall as the favorite – due to his punching power. Marshall knocked out 10 of his 12 opponents.

“To all of you who doubt me, just be sure to apologize after the fight. Say, ‘We were wrong.’ You don’t have to say you’re the GWOAT. Just say, “We were wrong, you’re the best and we respect you.” And that you respect my hard work and my accomplishments because (Marshall) was luck,” Shields said.

“Beating me in 2012 before the Olympics was the stroke of luck of her career. It was her biggest achievement. After that, downhill. It was no coincidence that I won the Games 2012 Olympics because I won them again, and I won the world championships three times after that. So she was the fluke, and she’s still a fluke because she knocked out a whole bunch of bums.

Shields thinks Marshall’s power is overrated by many observers and fans.

“So they want me to lose and they’ll say anything to make her feel better. I mean, look, I accept her knockouts because they’re there. She’s 12-0 with 10 knockouts, but go look at these girls’ records and tell me whether she should knock them out or not. And you’re going to say, ‘Yeah, you should knock out somebody who’s got 4-25. You should knock somebody out.’ one that’s 11-75. Plus you fight them on three days notice, one week notice. You’re supposed to knock girls out like that,” Shields said.