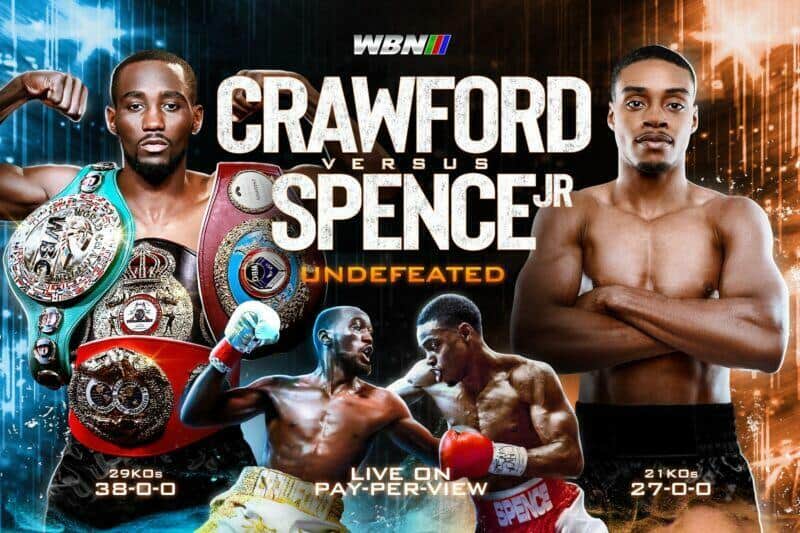 After giving up Errol Spence Jr., Terence Crawford is looking for a new challenge.

Former welterweight king and current welterweight champion Terence Crawford is ready to make the cut. Once there, he’ll forget about Errol Spence Jr. and look to challenge the winner of Jermell Charlo’s rematch with Brian Castano.

“Bud” declared his intentions during a trip to the UK as part of Amir Khan’s corner for the Kell Brook fight.

Previously, Crawford had wanted Spence to agree on a unification matchup. He even stipulated it in a final contract with Top Rank boss Bob Arum.

But after leaving Arum and his promotion company, Crawford is ready to test the waters at 154 pounds.

“I did my part. I did my part in being professional by reviewing everyone they put in front of me. I don’t know what I can do different.

“I want this fight. If it happens, it happens. I’ve been asking for it for years. If it’s not, it’s not.

“If I can’t have the Spence-Ugas winner, I’d like to have the Jermell and Castano winner. I can have this fight and be unchallenged at 154.

Charlo vs. Castano II was recently canceled due to Covid and will occur in the coming months.

World Boxing News has had over a billion views since its inception in 2010. Follow @worldboxingnews on social media.