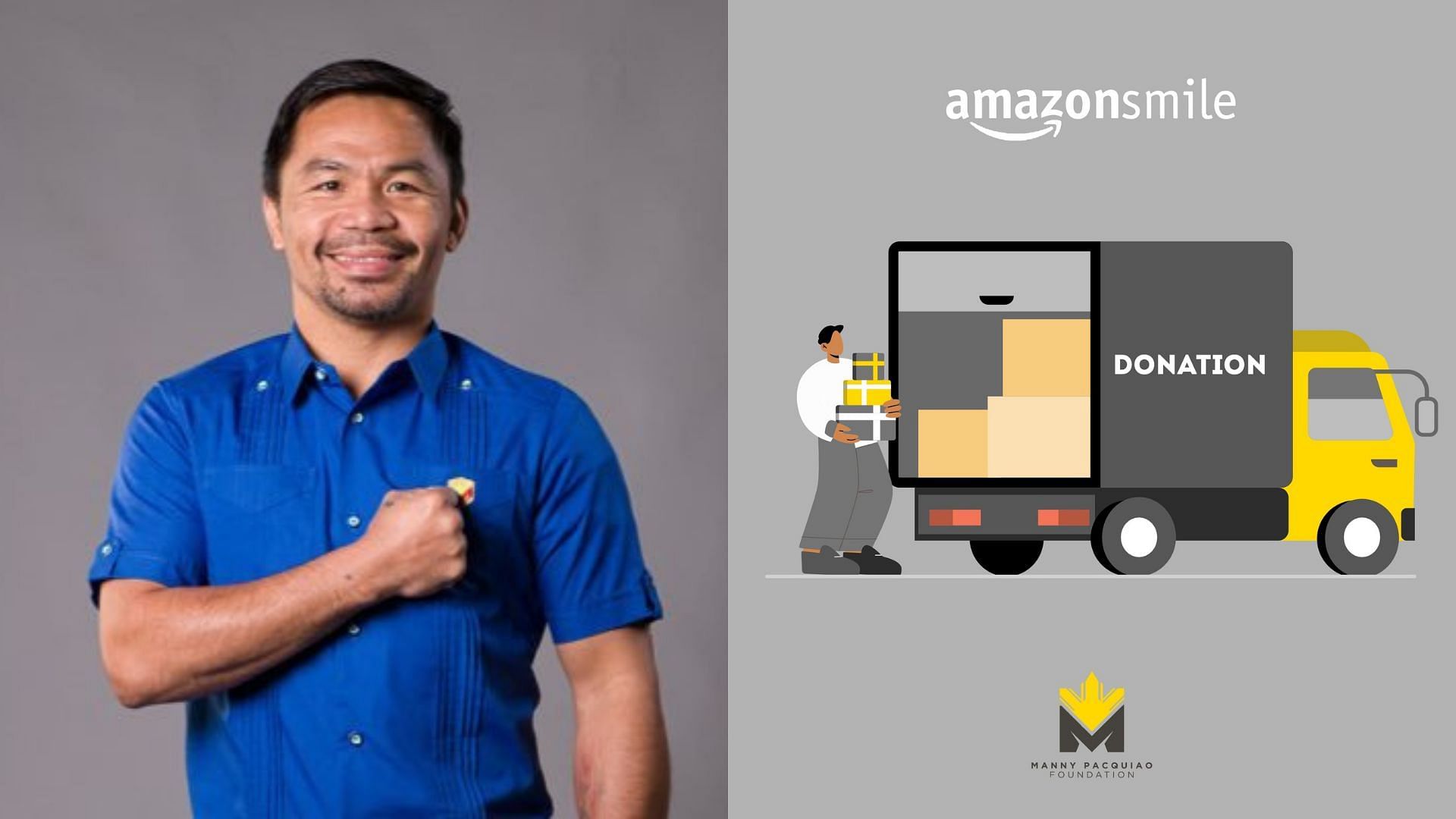 The Manny Pacquiao Foundation has launched its latest initiative in collaboration with Amazon, which will help further expand the foundation’s reach and empower those less fortunate around the world.

The Foundation’s official Twitter page announced the same and said:

“Make a difference every time you shop @Amazon! @AmazonSmile will donate a portion of your purchase to the Manny Pacquiao Foundation. It’s EASY and you only have to activate ONCE.

It should be noted that purchases made through Amazon Smile’s Manny Pacquiao charity page are the only purchases eligible for donations.

This is just one of many philanthropic initiatives the Filipino has been involved in over the years. His organization helps less fortunate families around the world to fight poverty, various housing projects, support for victims of trafficking and more.

“PacMan” retired from the sport of boxing in 2021 after a loss to Yordenis Ugas. However, Pacquiao’s name is set to carry on in the sport for years to come, thanks to his son who recently made his debut.

Following in his father’s footsteps, Pacquiao Jr. recently launched his amateur career with a victory. The 43-year-old son made his debut in a three-round 140-pound (junior welterweight) contest.

The youngster’s career took off a bit slowly, however, all of his hard work was on display when he picked up a hard-fought victory in his maiden fight. Pacquiao Jr. also showed a lot of resemblance to his father in his moves.

After his son’s win, “PacMan” took to Instagram to celebrate. The 43-year-old praised his son for his fine performance and noted how proud he was. He said:

“Congratulations to my son @pacquiao.emmanuel for fighting and winning his first American amateur fight at junior welterweight! I’m so proud of you. #TeamPacquiao”

Check the message below:

It will be interesting to see what awaits Pacquiao Jr. in his boxing career. Although it’s nearly impossible to replicate his father’s success, the youngster hopes to become a world champion in the sport whose name is etched in the history books.