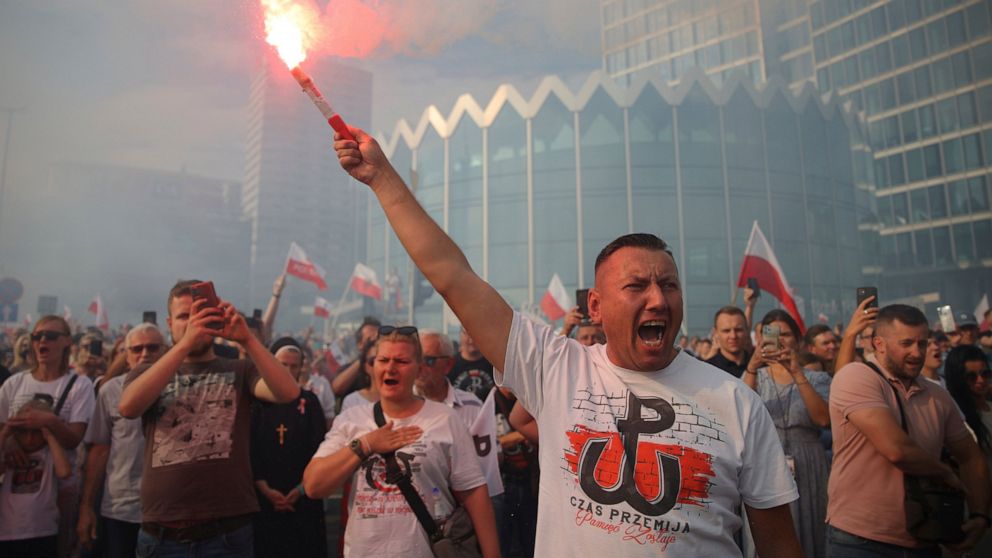 Warsaw, Poland — Poles on Monday marked the 78th anniversary of the Warsaw Uprising, a doomed 1944 revolt against Nazi German forces, with some, including the president, comparing Polish wartime resistance to that of Ukrainians fighting today the Russian invasion.

Residents of Warsaw observed a minute of silence as a siren blared at 5 p.m. to honor those who fought and died in the 1944 struggle that lasted 63 days and ended tragically for Poles. This was the time when the uprising began on August 1, 1944, after five years of brutal Nazi occupation.

During the annual ritual, Warsaw residents stopped in their tracks, some holding flags or torches. A far-right organization led a peaceful march through the city.

President Andrzej Duda visited an exhibition entitled “Warsaw-Mariupol – cities of ruins, cities of struggle, cities of hope”. He recalled how the “Germans ruthlessly murdered civilians in the capital”, adding that “Russian aggression against Ukraine is just as ruthless today”.

The Warsaw Uprising was the greatest act of resistance by any nation under German occupation during World War II, and the heroism of the insurgents remains a defining element of Polish national identity.

The Germans brutally suppressed the rebellion, destroying most of Warsaw and killing around 200,000 people, mostly civilians.

As part of the commemorations, Wladimir Klitschko accepted honorary citizenship on behalf of his brother, Kyiv Mayor Vitali Klitschko.

During this ceremony on Sunday, he met a veteran of the Warsaw Uprising, Wanda Traczyk-Stawska, aged 95, telling her “you are my idol”. Both Klitschko brothers are heavyweight boxing champions who play leading roles in their country’s resistance. against the Russian invasion.

The city-wide revolt took place more than a year after the start of the Warsaw Ghetto Uprising on April 19, 1943, a separate revolt by condemned Jews that also ended in tragedy. He remains a symbol of courage and defiance for Israelis today.