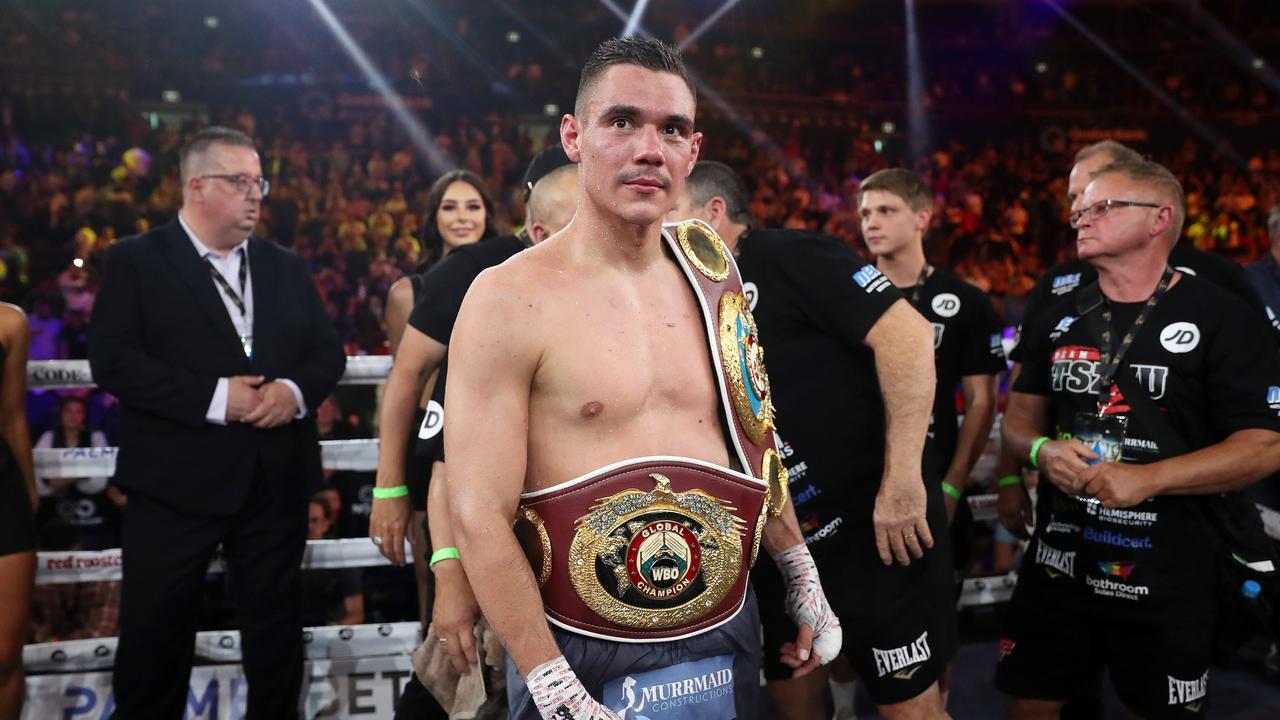 Tim Tszyu’s first fight in the United States was thrown into chaos, but there could be a silver lining for the Aussie star.

Tszyu was supposed to fight Terrell Gausha as the co-main on March 19 in Los Angeles.

But that is now the subject of major doubt as the unification bout between Jermell Charlo and Brian Castano is over, according to World Boxing Organization President Paco Valcarcel.

Castano reportedly suffered a bicep injury during a fight.

Valcarcel added: “Who can you blame? Probably Castano. The title fight should now be postponed to May or June.

The Tszyu fight – which was to determine who will face the winner of Castano-Charlo – was expected to be confirmed on Thursday ahead of recent developments.

It’s unclear what this means for Tszyu’s next fight, but it could ultimately mean his bid for a world title is fast-tracked.

Respected boxing journalist Dan Rafael reported that Tszyu’s promoters, No Limit, raised objections in writing to the WBO – whose belt Castano holds – about Tszyu having to wait for his title shot yet again. The Charlo-Castano rematch was sanctioned despite Tszyu becoming the mandatory challenger for the WBO belt held by Castano after the Aussie beat Takeshi Inoue by unanimous decision last November.

According to the report, the WBO has now issued a “show cause” letter sent to both Charlo and Castano’s camps, asking why the body shouldn’t enforce Castano’s mandatory defense against Tszyu next. There could also be implications for Charlo’s next fight given that he holds the WBC, IBF and WBA titles.

Tsyzu (20-0) has been eyeing a shot against the big guns in his division for some time and now it’s conceivable that his first fight on the road will be for a world title.

Speaking after his dominating victory in Sydney last year, Tszyu sent a message to the boxing world.

“Finish your honeymoons, hit the gym, start training, because I’m coming for all of you, every single one of you,” he told more than 10,000 people at Qudos Bank Arena.

” I would take [his title] in the United States and then bring it back to Australia, do it the right way,” Tszyu added.

“It’s always been a dream of mine, ever since I was young, to fight there.”

‘Beat that guy, take his belts’: Why it’s now or never for Australia’s other boxing wonderkid