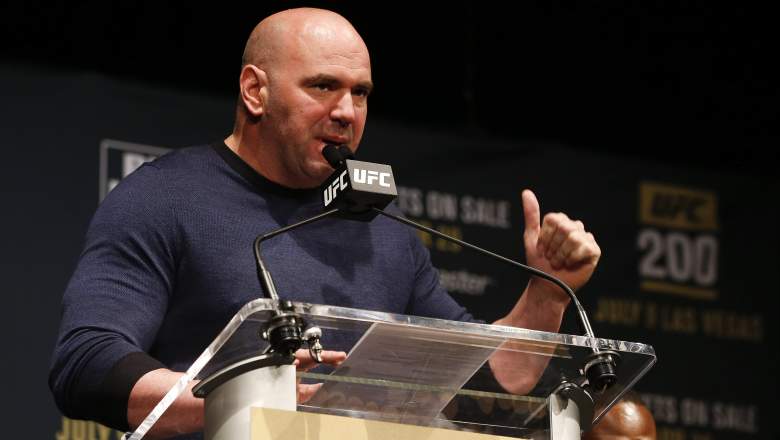 A UFC Hall of Famer recently claimed the promotion tried to “erase” him from the history books.

Tito Ortiz is a former UFC light heavyweight champion with a professional MMA record of 21-12-1. He made his professional Octagon debut in 1997 at UFC 13. “The Huntington Beach Bad Boy” won the 205-pound title at UFC 25 in 2000, and he went on to defend the belt five times in total before losing. to Randy Couture at UFC 44 in 2003.

Ortiz fought some of the biggest names of his era including Couture, Chuck Liddell, Vitor Belfort and Ken Shamrock.

The Huntington Beach Bad Boy was a pay-per-view draw at the height of his career, headlining several cards for the promotion. However, according to Ortiz, the UFC didn’t want fans to remember him.

Ortiz and UFC President Dana White have a tumultuous history, to say the least. Here is a great video breaking down their relationship, produced by MMA On Point:

Ortiz said that after talking about his issues with the UFC, they tried to “erase me from the UFC history books”

Ortiz’s recent promotion comment came after Francis Ngannou defended his heavyweight strap against Ciryl Gane at UFC 270 on Saturday night. Ngannou was very candid about his displeasure with the way the UFC treated him, as well as the pay he received for his fights.

According to California State Athletic Commission, Ngannou’s disclosed salary for the UFC 270 main event bout was $600,000. Ngannou has just one year left on his contract, and at the post-fight press conference he said he would be willing to wait and become a free agent if he couldn’t get away with it. get along with the UFC.

Taking to Twitter, Ortiz applauded “The Predator” for voicing his issues with the promotion. Ortiz said when he shared his feelings publicly in the past about the UFC, they “tried to erase” his legacy.

“[email protected]_ngannou Congratulations on the fight and your position for the future of all #MMA fighters,” Ortiz tweeted. “I did and they tried to erase me from the UFC history books. I hope they don’t do the same to you.

.@francis_ngannou Congratulations on the fight and your position for the future of all #MMA fighters. I did and they tried to erase me from the UFC history books. I hope they don’t do the same to you.

The latest UFC news straight to your inbox! Subscribe to the Big on UFC newsletter here!

Ortiz last competed in combat sports as a boxer, was knocked out by Anderson Silva

GettyTito Ortiz and Anderson Silva face off in the first round of the fight during Evander Holyfield vs. Vitor Belfort presented by Triller at the Seminole Hard Rock Hotel & Casino on September 11, 2021 in Hollywood, Florida.

The last time The Huntington Beach Bad Boy competed was as a professional boxer. Ortiz, 47, made his debut against former UFC middleweight champion Anderson Silva. And ‘The Spider’ didn’t even need a full round to knock out Ortiz when they boxed on September 11, 2022 for Triller Fight Club.

It is unknown if The Huntington Beach Bad Boy will fight again. As a mixed martial artist, he is currently on a three-fight winning streak with his most recent submission win over Alberto Del Rio at Combate Americas in December 2019.

READ NEXT: UFC Star challenge to Dana White: ‘2 guys on the same night