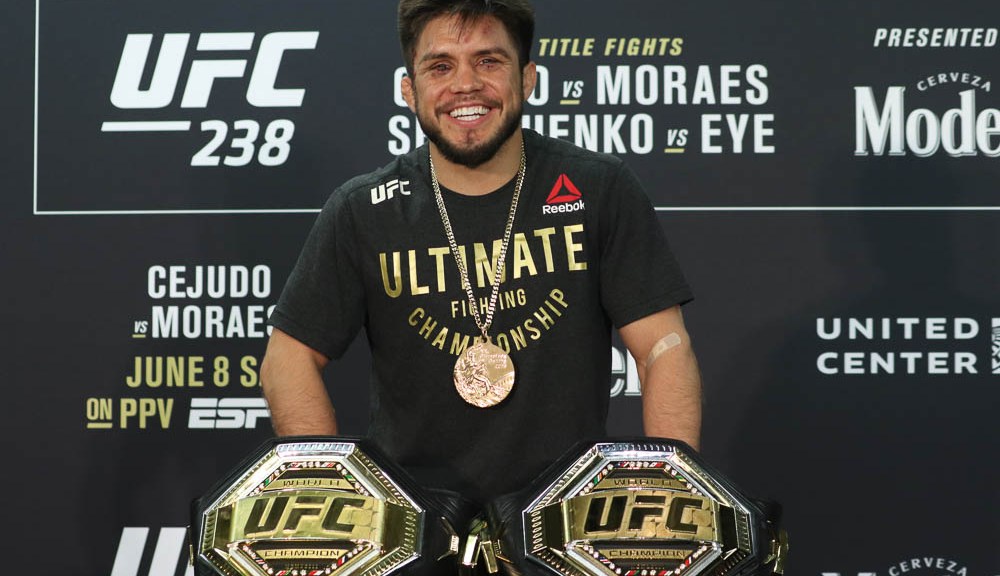 Henry Cejudo named his top five UFC fighters of all time, but he ruled out one major name.

Cejudo, the former UFC flyweight and bantamweight champion who shares the same management as Nurmagomedov, says ‘The Eagle’ didn’t make his roster because he never became a two-time champion.

“I believe he’s in the top 10 because he’s only had 12 UFC fights like me,” Cejudo said on “The Triple C & Schmo Show.” “But if he were to win a second belt and then win another title, he would even be above me because that means he would be undefeated.”

That Judo excluding Nurmagomedov might come as a surprise to some, but so will his ranking order. Check out Cejudo’s roster from #5-1 below.

Widely considered the greatest welterweight of all time, St-Pierre won the 170-pound title twice, as well as the middleweight title in his last fight in the UFC after returning from retirement. Four years. The Canadian defended his welterweight title nine times in a row before relinquishing it.

Anderson Silva’s dominance in the middleweight division was a sight to behold. “The Spider” defended his UFC title 10 straight times while putting up an incredible highlight reel in the process. Although he never competed for the light heavyweight title, he tried his hand at this weight class during his reign and won several bouts.

Although Henry Cejudo was the man who dethroned him, he couldn’t help but recognize Demetrious Johnson’s accolades. Johnson holds the record for most consecutive title defenses in UFC history at age 11, tearing up the flyweight division from 2012 to 2017.

Minus a disqualification fault for illegal elbowing, Jon Jones has never lost in MMA. The former UFC light heavyweight champion defended his belt against generations of talent, landing 11 total defenses. Jones will be looking to continue making history when he moves up to the heavyweight division and tries to win a second UFC title.