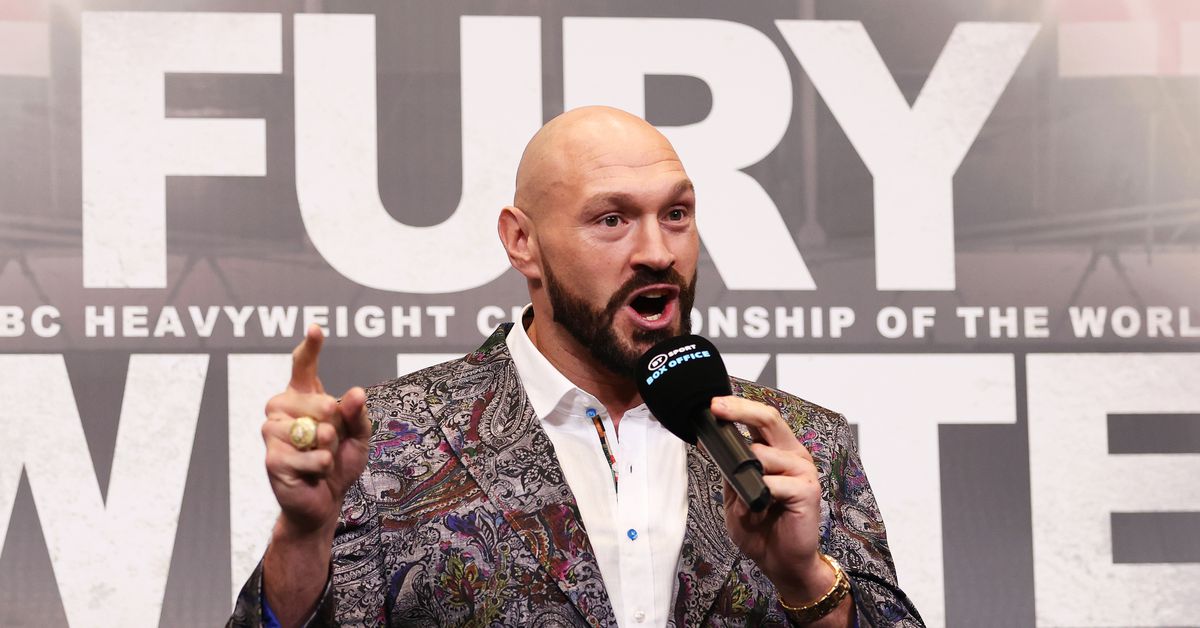 Tyson Fury plans to retire from boxing after defending his WBC heavyweight title against Dillian Whyte on April 23, but that doesn’t mean ‘The Gypsy King’ is stepping away from combat sports for good.

Speaking to MMA Fighting’s Ariel Helwani during a recent appearance on The MMA Hour, Fury, 33, declared his interest in a ‘special fight’ against UFC heavyweight champion Francis Ngannou after defeating Whyte next month in London, England.

“It’s the final countdown to ‘The Gypsy King.’ Hollywood is waiting,” Fury said (h/t MMA Fighting’s Jed Meshew). “This is my retirement fight. 100,000 people at Wembley, all British are fighting for the world title. Mack’s return after four years in the UK That’s it, it’s off to a great start. Retreat to the top. Two-time world heavyweight champion and I will have made eight lineal championship defenses. Never lose a fight. Become the second heavyweight in history to retire undefeated. Me and Rocky Marciano.

“I don’t consider this a real boxing match,” Fury said of a potential showdown with Ngannou. “This is not a boxing match. It’s going to be a “special” fight. It will be in a cage in four-ounce gloves, in Las Vegas, at Raiders Stadium…

Fury has long talked about a fight against Ngannou wearing four-ounce MMA gloves, comparing “The Predator” to boxing rival Deontay Wilder, considered one of the most devastating punchers in the sport.

“We have Francis Ngannou, he’s a big guy, a big, dangerous guy,” Fury said. “I would love to see people say, ‘Oh, that’s not a fair fight in 10-ounce gloves,’ and that’s right. It wouldn’t be a fair fight in 10-ounce gloves because like [Daniel] Cormier said recently, he said Francis Ngannou is a much rougher version of Deontay Wilder, and we all know what happened there. So I think if we did four ounce gloves, he would have a little more chance of knocking me out, but then again, I would have a little more chance of knocking him out as well. So it’s an exciting fight. And I’m going to try to come in at my heaviest for this fight. I’m going to try and get over 300 pounds… just to pin him to the canvas with a solid punch.

Fury is coming off an 11th round knockout victory over Wilder and will return to the boxing ring for his final fight against Whyte at Wembley Stadium in London on April 23.