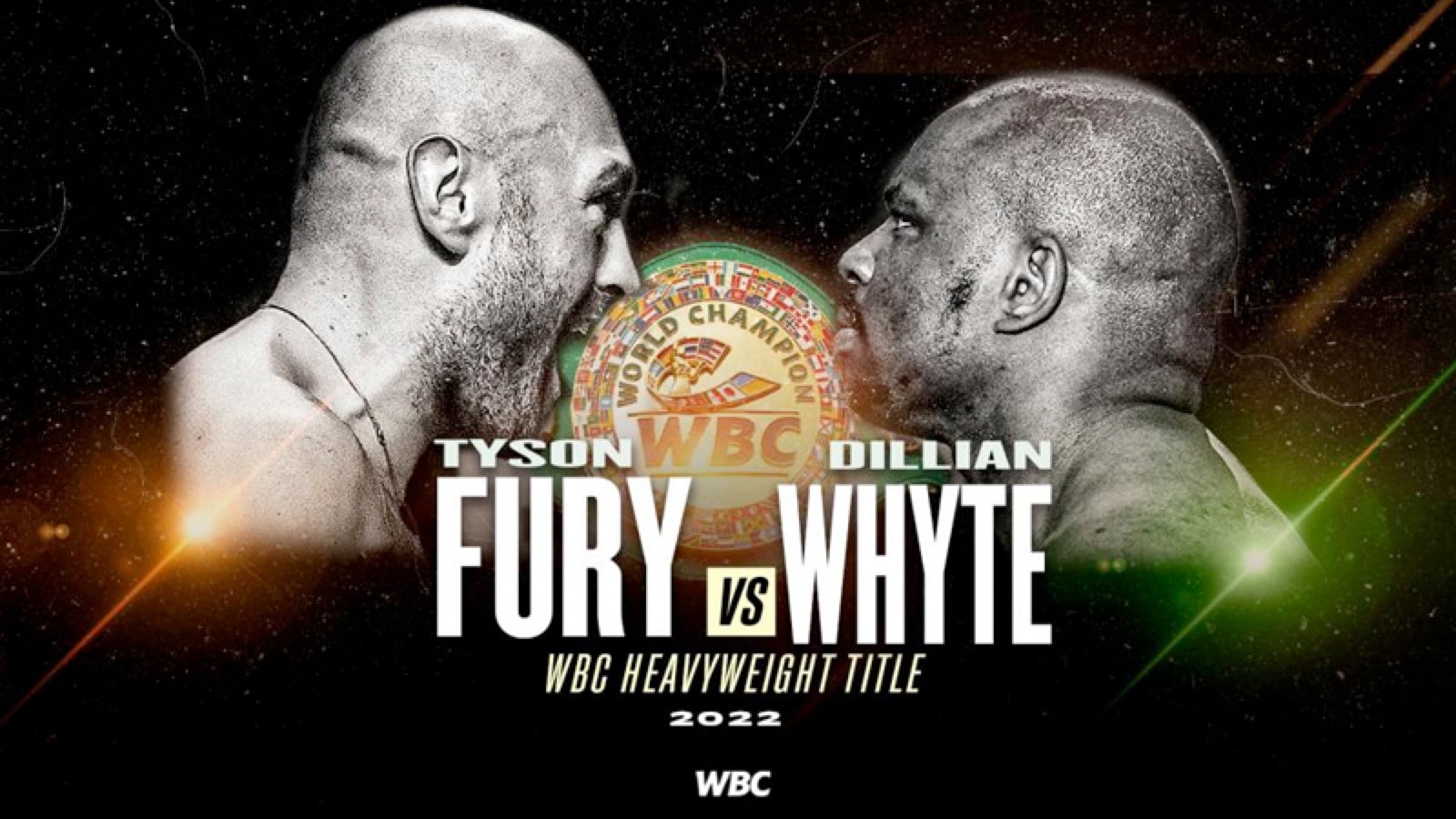 That’s how it goes. A fighter captures a world title, earns a truckload of cash, then indulges in eating high on pork and watching TV. Fury’s net worth is estimated at $30 millionand he clearly let himself go.

For Fury’s sake, I hope he finds his hunger again and loses some weight in time for his April defense against a mind-shattering Whyte.

Judging by the huge spare wheel around Fury’s waist, he seems to be in the 290+ pounds region and very far from the mid 240s, he weighed in at the zenith of his carer in 2015.

In a video clip released Tuesday of Fury training with a smaller fighter, you could see a visible pot belly on him, virtually unchanged from a month ago when he was training with Joseph Parker.

If Fury feels like he can fight Whyte as big as he is now or as chubby as he was in his last defense against Deontay Wilder, he’s mistaken.

Whyte will take advantage of Fury’s flabby midsection by dropping him and then finishing him off once he gets back to his feet.

Hearn: Whyte has a good chance of winning

“I do. I think he’s a terrific hitter,” Eddie Hearn told TalkSport about his belief that Dillian Whyte can beat Fury. “He’s a big heavyweight, strong and sturdy.

“Tyson Fury, coming out of the [Deontay] Wilder fight, he was taken down twice in that fight,” Hearn said. “Wilder is a big puncher, of course, and Fury is the best heavyweight in the world right now.

“Dillian Whyte can beat any heavyweight on his night, and he has the equalizer. He’s a terrific body hitter, and he’s got a left hook that’ll put out your lights as well.

“Fury is the favorite for the fight, there’s no doubt. I think Dillian Whyte is a real live dog in this fight. It also goes back to Tyson Fury’s hunger.

“He’s very hungry on Instagram, but at the end of the day, how much do you want? But Dillian really wants him, and I think he’s got a good shot in this fight,” Hearn said.

It’s no surprise that Hearn seems so optimistic about Whyte’s chances of winning the fight with Fury, as he obviously saw how out of shape he was.

Hearn’s Scouts probably give him detailed updates on Fury’s poor condition, and he’s thrilled with the news. In an interview today, Hearn looked over the moon when talking about Whyte’s chances of winning.

“If they really promote it with a press tour, it might attract more people. If things happen, it pushes them further into the mainstream. If enough marketing behind.

“The other way I think they could go and it wouldn’t surprise me is if they also involved Sky Sports Box Office and shared it with BT Sport, and then you could promote through both channels.

“I think you could get close to 1.2 million if you had both broadcasters involved [for the Fury vs. Whyte fight]. BT Sport and Sky Sports ticket office. Why not? I know the backstage, they talked about it.

“Dillian Whyte is now promoted for this fight by Queensbury and Top Rank. Bob Arum and Frank Warren won the auction with $41 million. I believe the money is blocked now, the $4 million. The deposit is in escrow. It’s here. There’s nothing wrong with that.

“I believe we are going to have a press conference. Frank Warren told me this over the weekend, but there are some fights between the promoters over things that are still up in the air. So it looks like it’s going to go even further, but the fight is going to be signed and it’s going to be one

“They all came out, they all blamed themselves. It was Fury’s fault and Joshua was asking too much. They tried to get it [the step aside deal for Joshua and Whyte], and it was a bit of a circus with asides in three stages. It didn’t work,” Davies said.

1.2 million PPV buys are possible for Fury-Whyte if BT Sport and Sky Sports Box Office work together on this fight. Will they do this? Gilfoid doubts it.

Undisputed championship at the end of the year

“They’ve had the three fights that we’re going to have now,” Davies said. “Eddie Hearn told me that Joshua – Usyk was going to be announced in the next few weeks. They’re looking at Wembley Stadium and they’re looking at some places in London.

“It’s in the past now, it’s in the past what happened during those three or four months of negotiations. Joshua made his decision [to take the fight].

“Eddie Hearn is probably bummed he didn’t win the scholarship because he could have been in control.

“But the old school won out. Frank Warren won it. Bob Arum won it. They are old school. I’m glad we got those two heavyweight fights,” Davies said.

There will be an undisputed fight at the end of 2022, but it may not be with the two boxing fans are hoping to see. Gilfoid predicts that the final two in the running will be Oleksandr Usyk and Whyte.

In other words, Joshua and Fury will be eliminated. I do not know. Maybe they can have a losers slice or something with those two.