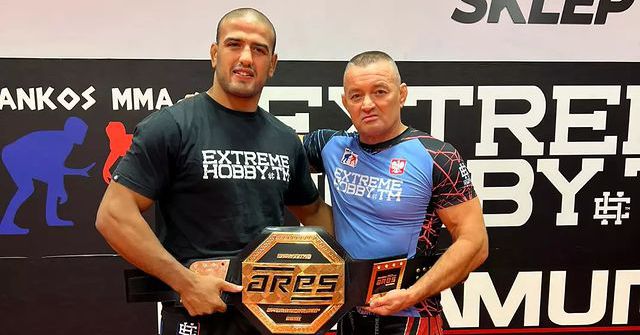 But less than 24 hours after reaching a deal with the global combat sports promotion, thanks to a meeting with UFC matchmaker Mick Maynard, Trablesi (5-0) was released due to contract issues with the promoter. and manager Fernand Lopez.

“To fight in Ares, we have to be led by Fernand Lopez,” Trablesi told Sport in France. “Initially he said to me, you have a four fight contract in Ares and if the UFC calls you, I let you go to the UFC. I trusted him and I signed the contract and when the UFC called me, they tried to lock me in with the Ares contract.

Lopez, who runs MMA Factory in Paris, may be a household name among UFC fans after his public (and messy) fallout with reigning heavyweight champion Francis Ngannou. And despite promises from manager Ali Abdelaziz, Trablesi remains entrenched in France for the foreseeable future.

“Ali Abdelaziz promised me, ‘If you win the (Ares) fight for the belt, I’ll put you in the UFC,'” Trablesi continued. ” And that’s what happened. For the meeting with Mick Maynard, I told him that it was not Fernand who organized it, it was Ali. Lopez was surprised the matchmaker was there. He took the camera to give the impression that he was the one who organized this meeting, but it is not true.

There was a time in the not-too-distant past when Abdelaziz ran a similar program for the World Series of Fighting (WSOF), managing WSOF fighters while also serving as executive vice president for the promotion before it be renamed Professional Fighters League (PFL).

Abdelaziz was eventually forced to resign.

“After that meeting, Ali signed me to the UFC and I was supposed to fight October 22 in Abu Dhabi,” Trablesi said. “And Fernand blocked me. He called Ali to ask him for 90,000 euros to let me go to the UFC. Ali offered to give him a percentage of the money I was going to earn in my UFC fights and even then he refused.

The date of Trablesi’s return to Ares FC has yet to be determined, but his account contrasts sharply with that provided by Lopez to Alfredo Zullino during a 2019 interview which outlined his goals for Ares FC and his fighters.

“We’ll try to build our own exclusive roster, we have the money to sign anyone,” Lopez said. “In a few months we will be bigger than Bellator and ONE Championship. At the same time, however, our athletes have a UFC clause in their contracts. We have also reached an agreement with the UFC: they will hire our best athletes.

For more on the upcoming UFC 280 card, click here.