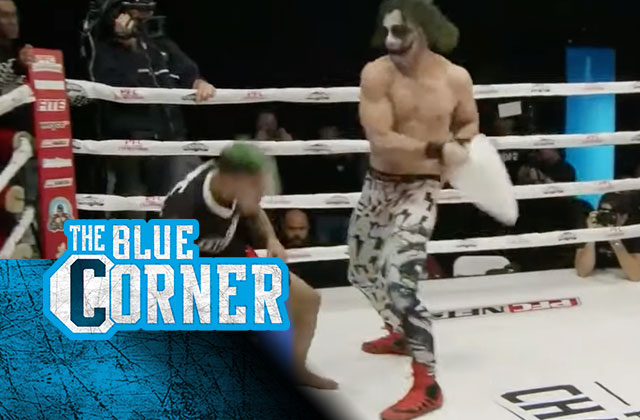 Move over Triller. You’re not the only ones capitalizing on the madness.

The latest addition to the combat sports landscape that will leave you perplexed? Check out the Pillow Fight Championship.

Billing itself as “the most exciting new fighting sport in the world”, the Pillow Fighting Championship features fighters using a specially modified pillow to engage in a martial art practiced by children around the world.

The promotion’s latest event, “Pillow Fight Championship: Pound Down,” took place last weekend in Florida, and seven-time UFC veteran Markus Perez, complete in his “Joker” insignia, competed on the card. The 31-year-old Brazilian picked up a decisive victory over a much smaller Santiago Seijo, who also introduced himself as ‘The Joker’.

You can watch the contest in the video above.

It gets crazier. Perez wasn’t the only former UFC fighter on the card, with eight-time octagon veteran Marcus Brimage also taking part in the event and picking up a decision win. You can check out this match in the video below.

Tell that to this guy, who apparently became the first TKO victim in the organization’s short history (via Instagram):

A full replay of “Pillow Fight Championship: Pound Down” is available on Fite.tv.

The Blue Corner is MMA Junkie’s blog space. We don’t take this too seriously, and neither should you. If you come to us complaining that something you read here isn’t hard-hitting news, expect the previous sentence to be repeated in ALL CAPS.