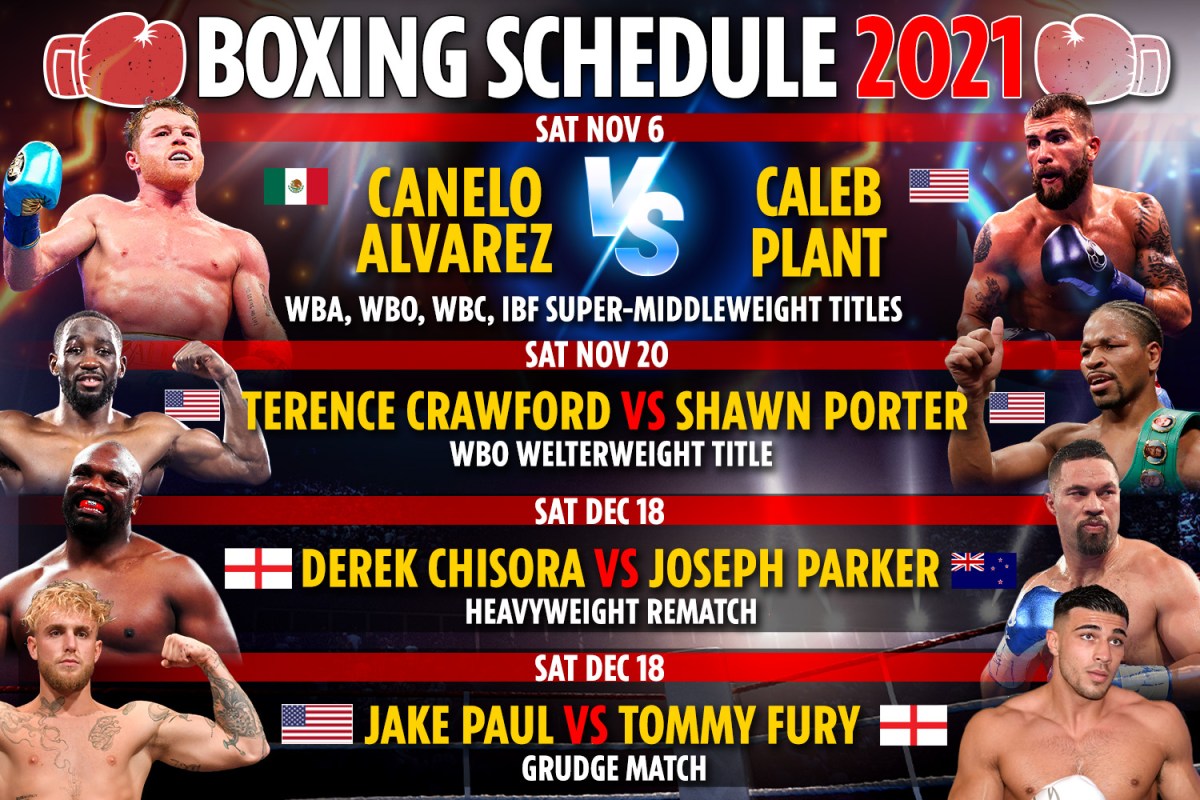 BOXING is set for a brilliant few months of in-ring action with some of the sport’s biggest names in action – including Canelo Alvare, Terence Crawford and Jake Paul lacing up their gloves.

Check out SunSport’s extensive boxing schedule for 2021 below …