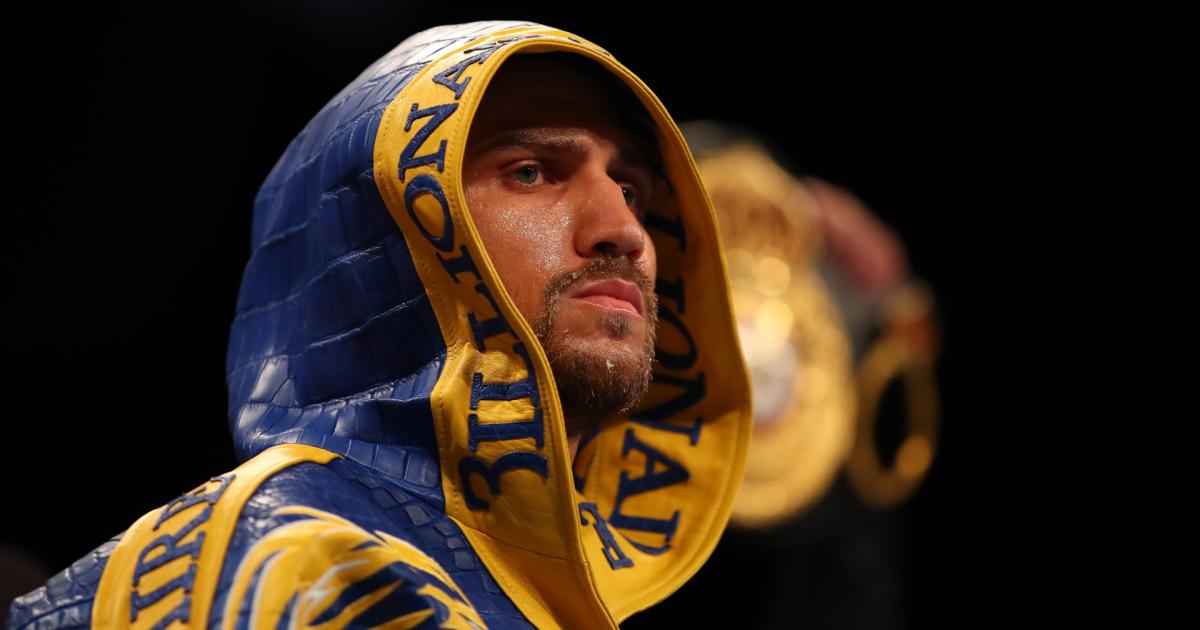 Below are the fighters who are said to have stayed in – or returned to – Ukraine to help defend it:

The former heavyweight champions released a joint Ukrainian, Russian and English video statement on Thursday calling on international partners and observers to unite against Russia’s invasion of Ukraine.

Vitali Klitschko – the mayor of the Ukrainian capital Kiev – announced he would take up arms to defend against the invasion in the statement. Wladimir Klitschko also enlisted in the Ukrainian reserve army earlier this month in anticipation of a Russian invasion.

Later that day Vitali Klitschko told ‘Good Morning Britain’ he was ready to fight in what is ‘already a bloody war’.

‘I have no other choice. I have to do that.’

The mayor of Kyiv @Vitaliy_Klychko recount @richardgaisford that it is “already a bloody war” and that he is ready to fight for his country. pic.twitter.com/KvoGP5f92C

The message, uploaded in Ukrainian, roughly translates to: “The Belgorod-Dniester Territorial Defense Battalion has been trained and armed. Boxer Vasyl Lomachenko is in defence, Mayor Vitaliy Hrazhdan said” (via Google Translate).

Usyk, who on September 25, 2021 snatched the WBA (Super), IBF, WBO and IBO heavyweight titles from Anthony Joshua by unanimous decision, is back in his home country.

The heavyweight champion was born in Simferopol on the Crimean peninsula to parents from northern Ukraine. On Friday, he posted a video announcing his return to Ukraine and refuting reports that he had “run away”. He spoke in Ukrainian but the legend of his video read, in English, “NO WAR”.

“My friends, we have to come together because it’s a difficult time right now and I’m really moved and worried for my country and our people.”

“Hello everyone. My name is Oleksandr Usyk. I would like to speak to the Russian people. If we consider ourselves brothers, Orthodox. Do not let your children go to our country, do not fight with I am also addressing to President Vladimir Putin. You can stop this war. Please sit down and negotiate with us without demands.

“Our children, our wives, our grannies are hiding in basements… We are here in our own country, we can’t help it – we are defending.… Stop it! Stop this war.”

Irpin, Ukraine-born current Bellator welterweight title holder Amosov announced in an Instagram video on Saturday that he would stay and “defend this country as best I can” against Russia.

The 28-year-old, who is 26-0 as a professional, spoke in Ukrainian in the video. By ESPN – who reportedly had Amosov’s translator confirm what the fighter was saying – Amosov denied rumors that he had fled the country. He confirmed that he took his family to a “safe zone”, but then returned to defend against the Russian invasion.

“Probably, many will think that I ran away or was in hiding or something, but that’s not the case,” Amosov said in the video. “I took my family to the safe zone. Now I have come back and I will defend this country as best I can, with what I can. I love this country, ours. Russia came to us and started a war here, many people are dying – innocent people, women and children.

“We are in a real war. I cannot understand these people who do not believe that Russian troops entered Ukraine. I see it with my own eyes, I hear it. Terrible things are happening here.”