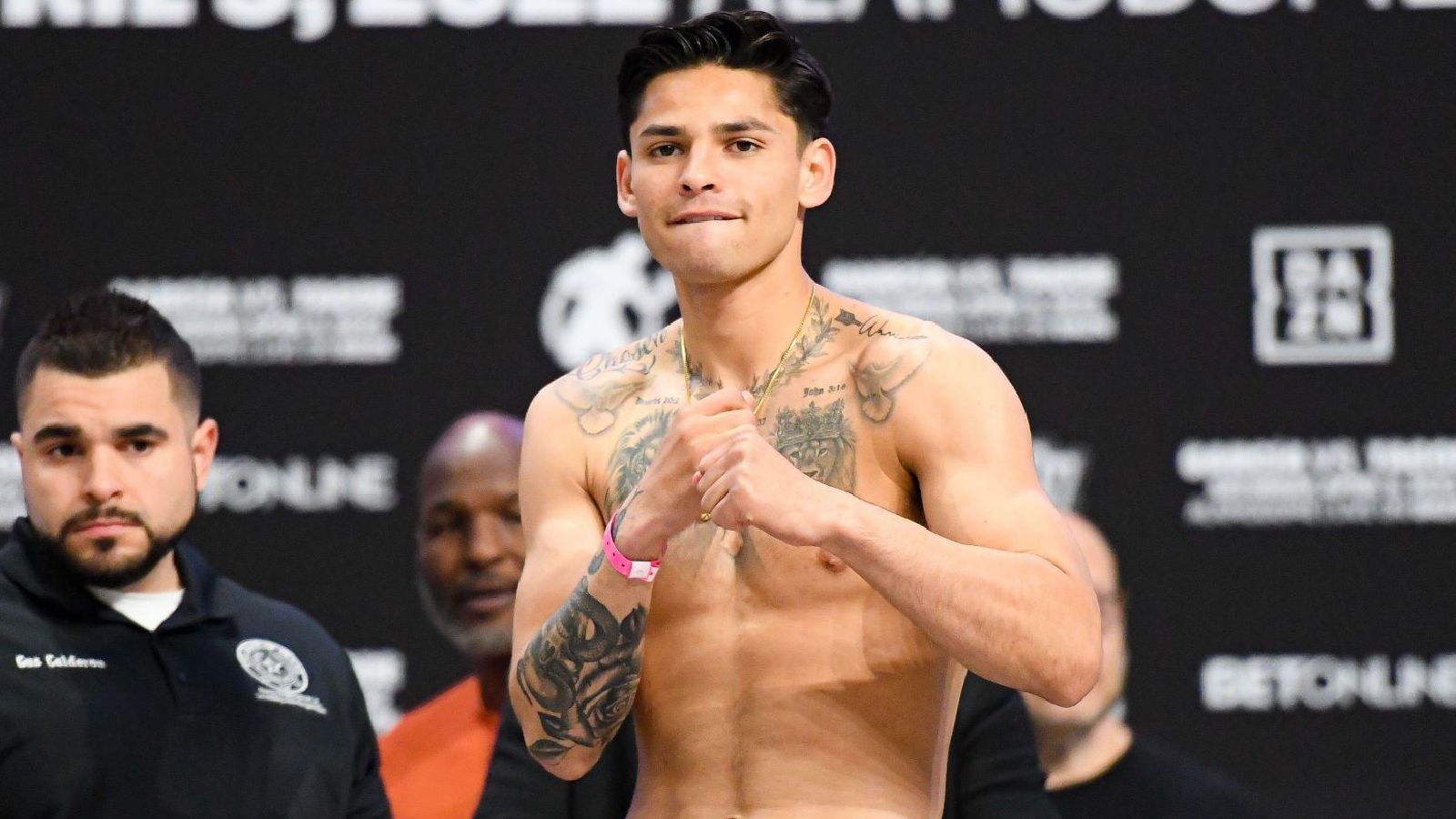 Ryan Garcia returned with a points win over Emmanuel Tagoe, ending 15 months out of the ring.

The 23-year-old was considered world boxing’s biggest prospect but has been left behind since his last loss to Luke Campbell at the start of 2021.

Teofimo Lopez tasted a shock loss to George Kambosos Jr, Vasyl Lomachenko is in Ukraine protecting his country from a Russian invasion and Gervonta Davis continues to miss the biggest fights possible.

Garcia insists he wants to become world champion this year. If so, he will have to wait for the winner of Kambosos over Devin Haney, who will meet in June to determine the undisputed lightweight champion.

Below, we rate five opponents Garcia could face next.

Diaz (32-2-1, 15 KOs) would be a good opponent for Garcia if he lacks the biggest names at lightweight.

The American is a former world super featherweight champion and has proven he’s no fool, having gone the distance and not looking too out of place against Devin Haney.

Diaz always comes for a battle and stylistically these two could serve up an entertaining fight.

Tank is set to face Rolly Romero on May 28 and if he wins as expected, there are huge fights for him. More interestingly, Davis suggested this would be his last fight under Mayweather Promotions.

Davis was unimpressed with the way Mayweather Promotions promoted his next fight and from the outside they appear to be the team blocking mega fights for him.

But if he does, he’ll have a queue of promoters wanting to sign him, including Matchroom Boxing, Top Rank and Golden Boy.

This means a fight between Garcia and Davis is closer than ever and Oscar De La Hoya is determined to make the fight happen on DAZN.

Haney recently left Matchroom Boxing and joined Top Rank boxing on a two fight deal and if he overcomes George Kambosos Jr to become undisputed champion he may have to fight him again with a rematch clause included.

With Haney signed under Bob Arum, this suggests a potential fight against Garcia is very unlikely to happen in 2022.

The pair have history despite having fought four times as amateurs. The two won two fights and in 2021 Garcia had the chance to face Haney for the WBC title but it didn’t materialize.

The Aussie is the top dog in the lightweight division after edging out Teofimo Lopez in November to win three of four major world titles.

Kambosos Jr will finally fight on home soil after being the away fighter throughout his career. He will face Haney in Melbourne and it could be the biggest boxing event in Australian history.

If he beats Haney, Kambosos Jr hopes to face Vasyl Lomachenko next. But if that can’t be done, then Garcia is definitely a name Kambosos Jr will consider.

Hughes has been sensational over the past two years. He’s on a six-game winning streak, including a points win over Mexican fighter Jovanni Straffon in September.

‘Maximus’ is the current IBO lightweight titleholder and promoter Eddie Hearn is desperate to secure him a big payday. The Matchroom man even offered a fight between Hughes and Garcia.

Hearn said in a recent interview, “I called [Golden Boy president] Eric Gomez the other day. I said, “Let’s bring Ryan Garcia to the UK.” We have this young fighter called Maxi Hughes who won his IBO title against Straffon, (and) defended it against Ryan Walsh. I want to give this kid a great opportunity.

“Let’s do this big outdoor event in Yorkshire. Bring Ryan Garcia. It will be wild.”