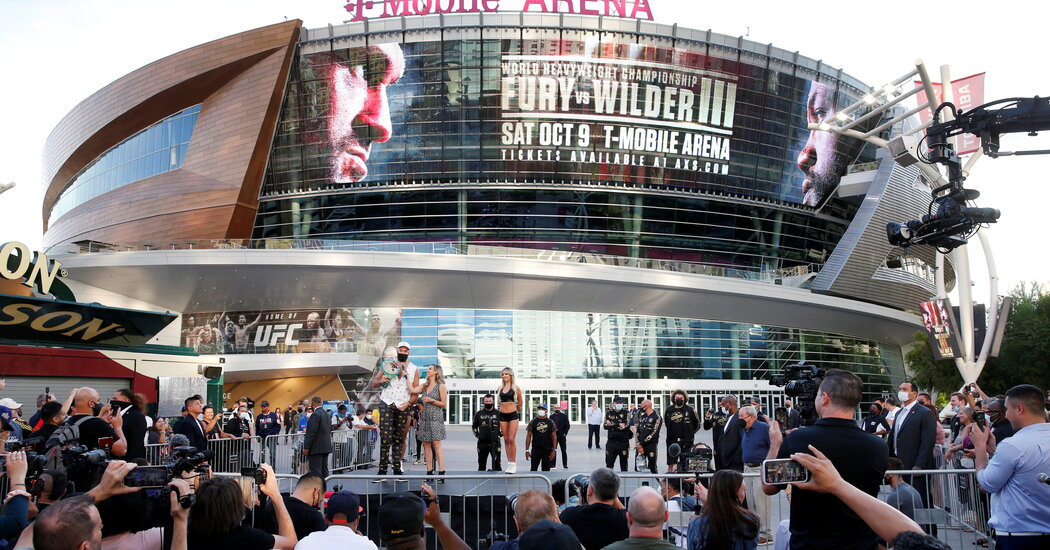 Of course, size alone does not guarantee the success of a heavyweight. Otherwise, the 7ft tall Nikolai Valuev and the 7ft 1in Julius Long would rank among the tallest ever. But for a talented and versatile fighter like Fury, the outlier size adds a dimension he thinks opponents can’t handle.

“I’m setting a milestone here,” Fury told reporters last week. “Two hundred and seventy and over, 6 feet 9 inches.” Stop me if you can. Like a steamroller, coming towards you.

Wilder and Fury both promised to win by knockout. They can’t both be right.

In their first fight, Fury used the cautious, counter-punch style that led him to a world title, and the hard-hitting Wilder always cut him off. A thunderous right hand and left hook dropped Fury in the 12th round and, in a fight Wilder was losing on the scoreboards, scored enough points for Wilder to win a draw.

Ahead of the rematch, Fury vowed assault, and Wilder’s punching power couldn’t stop him from withering under pressure from Fury.

This time, Scott says Wilder can’t depend on power at the expense of other tactics.

“In the last 10 or 12 years I’ve seen a guy have a toolkit and only use one tool,” Scott said. “This toolbox has at least 100 tools, and he would still go into battle and use one, maybe two. We have to go into this toolbox and drill everything, because it has accumulated dust from sitting for so long. That’s what we did. We started from the foundation.

A training camp, Wilder says, didn’t convert him from a powerful puncher to a chess player. Instead, he says Scott awakened the latent boxer in him. He says he will diversify his attack, but he’s still aiming for a spectacular finish.

“People always talk about skills when they don’t have the power, but any fighter would love to have power because we don’t get paid for overtime,” Wilder said. “It’s fine to show some skills, but at the end of the day or night, especially with the heavyweights, people come to see the knockout.”