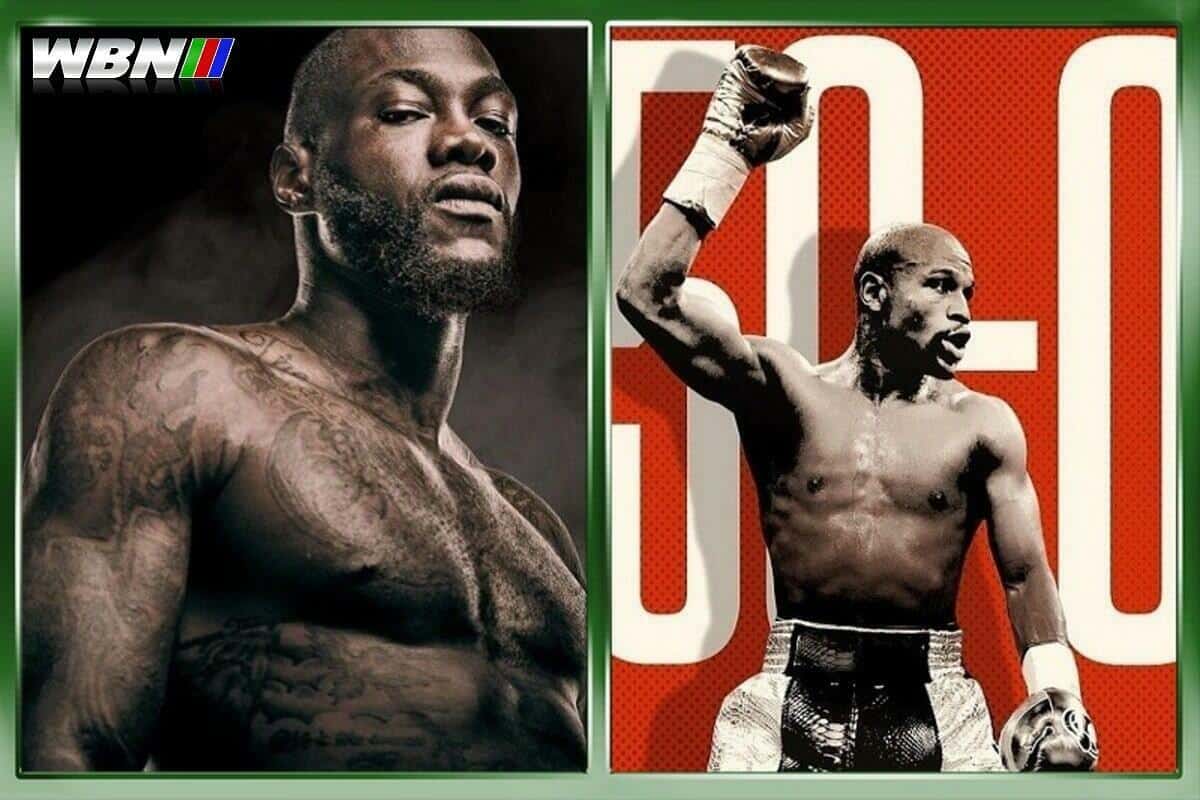 Former WBC heavyweight champion Deontay Wilder and Floyd Mayweather don’t get along, as the latter proved by choosing to defend Anthony Joshua.

Mayweather flew to England to show his preference for Joshua over Kubrat Pulev and posed for photos with the British fighter. This decision led to huge questions from American fans as to why the couple could not work together or at least be amicable.

Wilder has ruled out adding Floyd Mayweather to his coaching staff for the Tyson Fury trilogy. The offer came from Floyd as ‘The ‘Bronze Bomber’ fired Mark Breland for throwing in the towel against Fury in their February 2020 rematch.

Wilder eventually hired his friend Malik Scott, but received an offer of help from Mayweather before making that decision.

Despite Mayweather’s kindness, Wilder didn’t believe the former pound-for-pound king was genuine. But he confirmed his intention to bring someone in, which ended up being Scott.

“We are looking to work with another coach. I like Derrick (James). He’s a great guy. I like the things he does,” Wilder told Brian Custer on The Last Stand podcast.

“I like Foreman (George). We had many discussions about different things regarding the way he trains.

“But with Floyd personally, I don’t feel like he likes me. I think he’s just doing this for attention. Honestly, I don’t see how a guy who bet against me to every fight wants to be my trainer.

“A guy who hasn’t had anything good to say about me since the start of my career. But now wants to be my coach? – I don’t think he likes me or has my best interest at heart.

Surprising comments from Wilder. That’s if you consider his alienation from many in the sport with his allegations to Fury. Breland was the first victim of Fury spinoff conspiracy theories. However, head coach and co-manager Jay Deas escaped punishment.

Mayweather will continue to help Rolly Romero and Gervonta Davis regardless, as he puts his weight behind Joshua.

The return of Deontay Wilder

Wilder will confirm his next fight in the coming weeks after taking eight months off to spend time with his family.

Wilder will likely want a comeback fight in his adopted hometown of New York before facing Andy Ruiz Jr. in late 2022 or early 2023.

Robert Helenius, Adam Kownacki, Otto Wallin and Charles Martin are some names that are being heard in media circles for Deontay Wilder.

One thing is sure; he won’t work with Floyd Mayweather unless they resolve their differences.