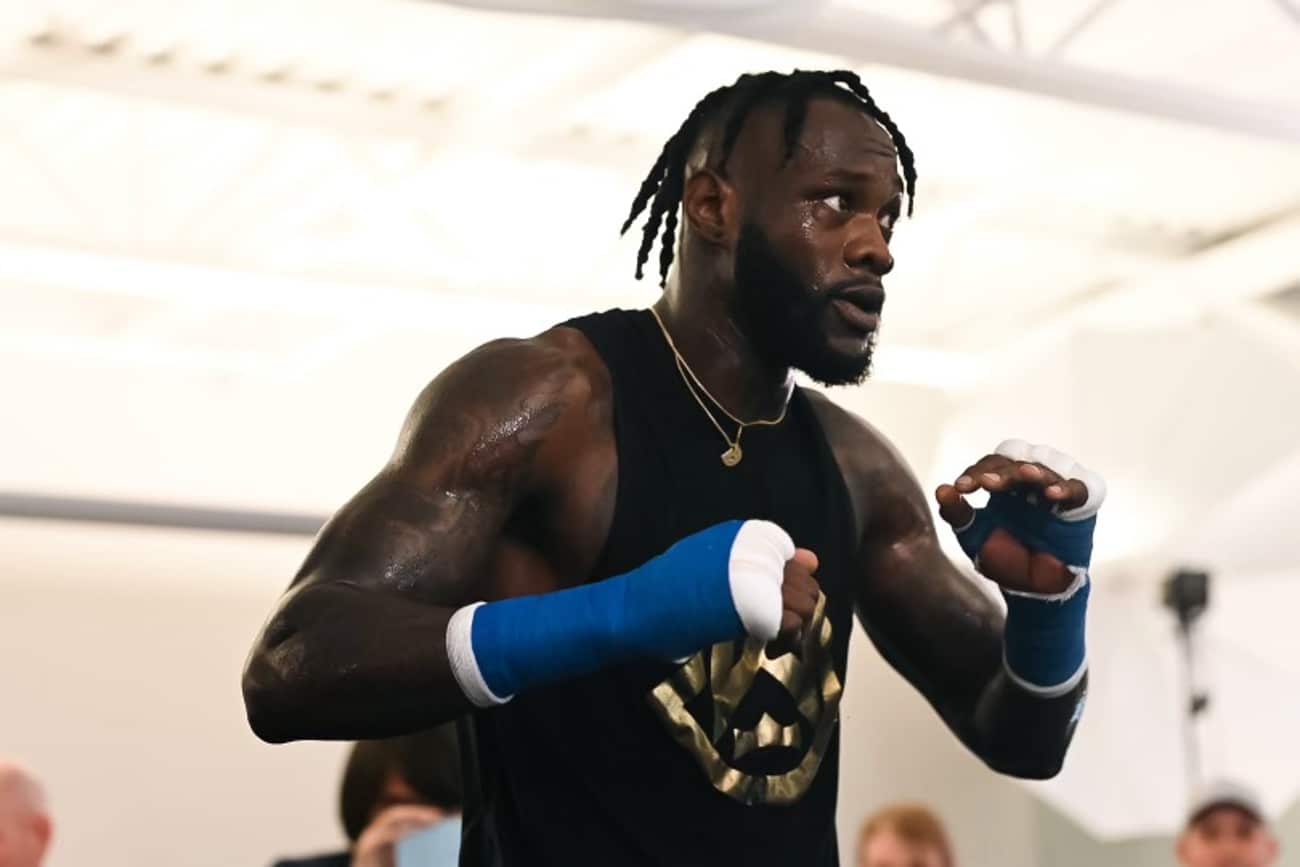 By Brian Webber: Coach Malik Scott thinks Robert Helenius is going to use the same tactic Tyson Fury used when he faces him next month on October 15 at the Barclays Center in Brooklyn, New York.

Scott thinks the 6’6″ Helenius is going to try to use his Fury-esque size to support the thinner Wilder (42-2-1, 41 KOs) to wear him down. Malik warns that if Helenius (31-3, 20 KOs) tries this tactic, he’s going to get scrubbed and wake up later wondering what happened.

Wilder vs. Helenius will be the main event of the FOX Sports pay-per-view. Scott says if Wilder is victorious he wants him to challenge IBF, WBA and WBO heavyweight champion Oleksandr Usyk or Anthony Joshua next.

Malik isn’t interested in Wilder facing former unified champion Andy Ruiz Jr as it’s not a fight that will have a world title on the line.

“He’s going to try to use the Tyson Fury tactic of pushing D back. We know he’s not that type of fighter but he’s going to try it against Deontay because he’s seen someone else to be successful with his same stature,” Malik Scott told Fighthype on what he thinks Robert Helenius will attempt on October 15th.

“It’s a whole different environment. Helenius knows who Deontay is. He fought him, but he’s not a good fighter, Helenius. That is why it is very dangerous. You can go there and have some good days against him, but that’s not what he is.

“The more disciplined Deontay is, the more dangerous he is. The second half of her career, I want her to be very fun, very fun. This is what we are aiming for and starting as well.

“He’s going anyway, but if he’s adamant about coming forward and trying Tyson Fury’s tactic, he’s going to find out very, very soon, and he’s going to wake up and realize that everything is finished.

“You have to be yourself. You are not Tyson Fury. Tyson Fury is not you. They are two different animals. Deontay is really motivated, he works very hard and we have a very dangerous opponent ahead of us in Helenius.

“He is so dangerous that in an interview years ago when Emanuel [Steward] praised Deontay and Fury, in that same interview, 30 seconds later he said: “There’s another guy, Robert Helenius, who’s pretty, pretty good, and I like him too. ” Years later, we sit here fighting it.

“I studied him in film for years because I was supposed to fight him at some point. I always think about his style because he makes high hands, he controls stuff and he makes good pivots. He makes good fakes.

“Robert (Helenius) has had a winning streak and he’s here; I heard he’s supposed to be (Oleksandr) Usyk’s proxy, but I know he comes with his A+++ game,” Wilder said.