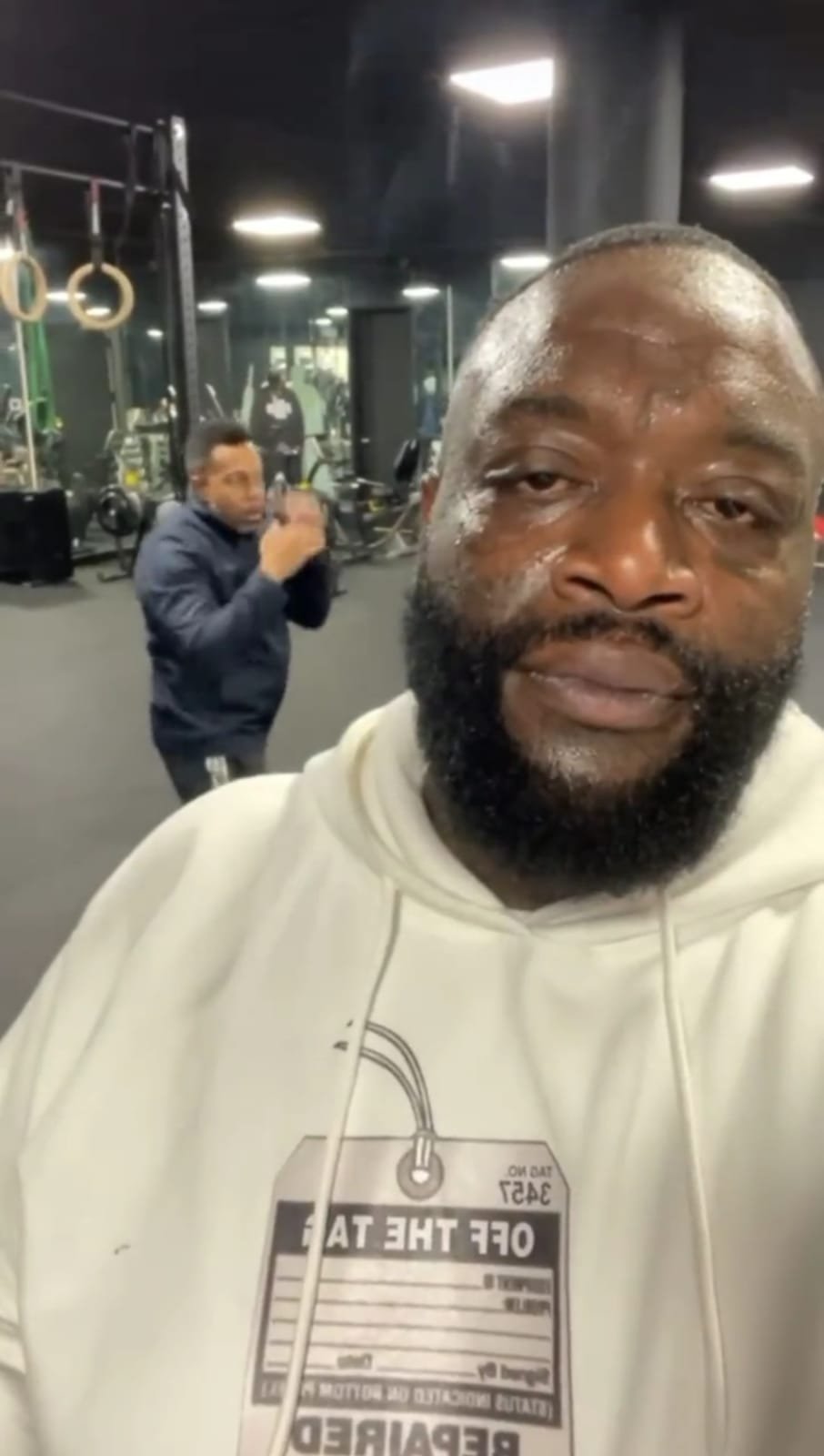 Famous American rapper Rick Ross has taken the internet by storm with his hysterical video where he explains the main reason behind a boxer’s breathing technique.

Interestingly, boxers have a habit of exhaling while throwing their punches to feel light and less exhausted. But according to Ross, it’s the technique boxers use to create psychological fear in their opponent’s mind.

The 46-year-old rapper took this shot in the boxing gym. First, it featured a budding pugilist practicing back punches while making noise.

Subsequently, he added, “They make noises to them to fear the heart of their opponent. Everything they breathe, they want you to think they hit so fast, like Bruce Lee. That’s what they make noise with their mouth and if you fall, advance that shot.

Such a reasonable explanation from Rick Ross caught the attention of his fans and even many boxers took to Twitter to react to it.

Besides the boxers, many fans have also spoken out after watching Rick Ross’ newly framed content.

What am I supposed to do then Ross? Hold my breath? 🤣

How did other fans react to this hilarious clip of Rick Ross?

Another fan is of the opinion that this music video is extremely funny. It varies from person to person, but ultimately it’s fun content.

This shit is so funny though🤣

One fan said a nice sarcastic punch line. Who verifies wrong information and even declares it amusing.

According to another Twitter user, Rick Ross says this because he can’t match those boxers who do such things.

However, these are just the opinions of a few fans. What did you think of this video of Rick Ross detailing the breathing technique of boxers? Let us know in the comments below.