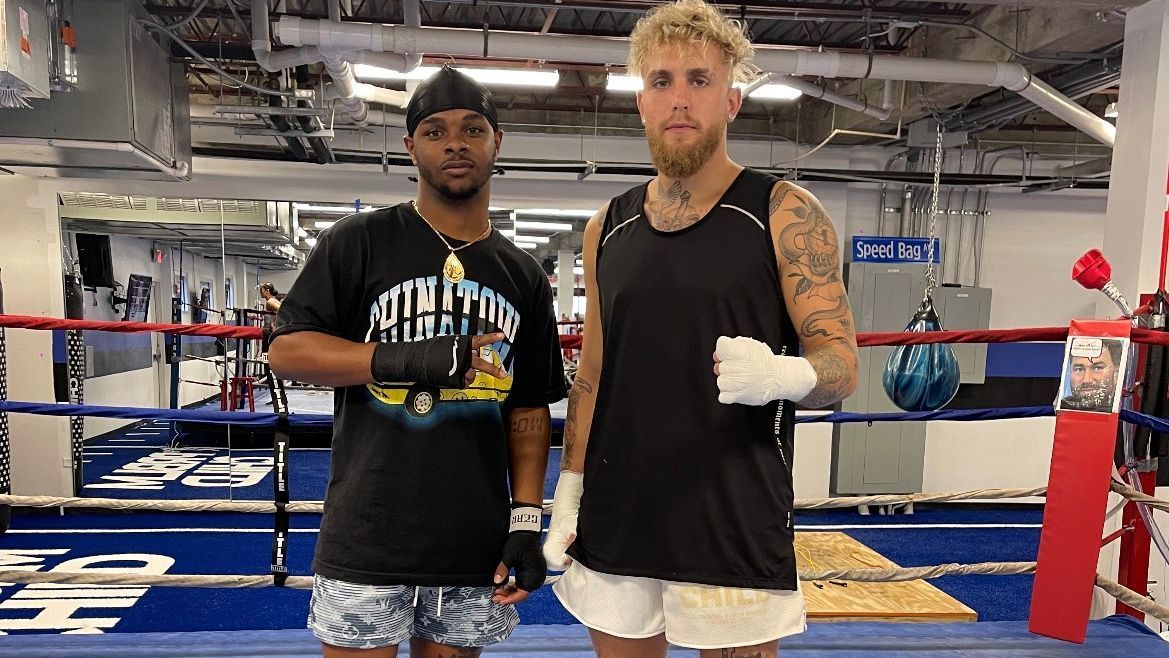 Jake Paul, the YouTuber turned boxer, has already caused a stir in boxing inside the ring. But he also continues to make waves.

Sylve, of Long Beach, Calif., is just 18 and already has a 7-0 record with seven knockouts as a pro, fighting at 126 pounds. He has been training boxing since the age of 6 with his father Ivan.

Bidarian said Sylve is already the fourth most followed boxer in his weight class on social media and understands “branding”, which, combined with his considerable potential, was a factor in their deal.

“He kind of ticks a lot of boxes that you would want in terms of the next big boxing star,” Bidarian said. “And just spending time with him and his family, it was clear there was a natural affinity with each other.”

“When I got into the sport, I wanted to do two things: really push women’s boxing forward and sign Amanda Serrano,” Paul said. “And we wanted to help young prospects and really help and play a crucial role in creating the next big thing in the sport of boxing.

“We think Ashton has that talent, that flash, that style, that knockout power, that charisma to really be a big, massive superstar and one of the next highest paid boxers in the game in a very short time.”

Sylve said there was a certain “freedom” in this deal that allowed him and his team to do their own thing, but also get MVP’s input. He said he watched what Paul had done in boxing in a short time and felt drawn to it.

“I just felt it was a great synergy there with Jake,” Sylve said. “I felt like we were going to do great things, the marketing genius that he is, him and Nakisa. become, I kind of felt the need to be there and be part of the team.”

Serrano has been on Paul’s undercard in his last two fights, and Paul said that will be the plan for Sylve going forward as well. Sylve’s next fight, however, is scheduled for May 21 in Pomona, Calif., before Paul competes again.

Sylve turned pro at 16 and fought in Mexico until he turned 18 in January. Sylve defeated 41-year-old Aldimar Silva on February 26 via knockout.

Paul, an Ohio native who lives and trains in Puerto Rico, said Sylve traveled to Puerto Rico to train with him and expects that to continue in the future.

Sylve, who doesn’t graduate from high school for two months, said other promotions are interested in him, such as Mayweather Promotions, Matchroom and Golden Boy.

“It took me two years, going through all these promotions, to figure out where I’m wanted and where I fit in,” Sylve said.

Paul, 25, said he is planning his own return to the ring in August against an opponent yet to be determined. Paul has publicly mentioned names like former UFC middleweight champion Anderson Silva and Tommy Fury, the younger brother of heavyweight boxing champion Tyson Fury. Paul was scheduled to fight Tommy Fury last December before Fury pulled out with a broken rib and chest infection.

“This is just the beginning of what I’m going to accomplish,” Paul said. “I’ll be in boxing for the rest of my life, so people have to get used to me. I’ll probably be a promoter much longer than I’ll be a boxer. That’s what it’s all about. I wanted to bring in my fanbase which was a digital fanbase…. Now there are 60 million who are boxing fans.

“Boxing helped change me. I owe everything to boxing. And I just want to keep making it a better place.”